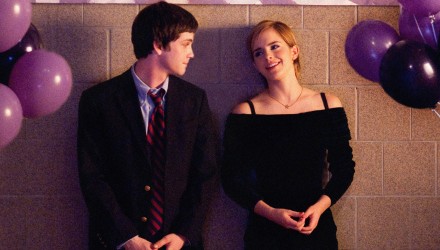 So many people destroy amazing books by making the mistake of seeing the movies first. I’ll be the first to say I’m guilty of that. I haven’t read a single Harry Potter book, but I own all of the movies and even saw the midnight premiere of Harry Potter and the Deathly Hallows Part 2.
After making that mistake, I swore to myself I would never make it again.
As soon as I heard The Perks of Being a Wallflower was becoming a major motion picture, I forced myself to read the book. I’ve heard of the critically acclaimed novel before, and always had it on my ‘list of books to read.’ When I finally got around to reading it over the summer, I couldn’t put it down. I probably read it in two days. The storyline is so relatable.
Charlie is a wallflower. It’s his first year in high school, he doesn’t have very many friends and he doesn’t say much. Since he really doesn’t have anyone to talk to, besides his only two friends, he writes letters to an anonymous person. Through these letters, the reader gets to know Charlie on a more personal level.
It’s a truly captivating story that takes one through the motions of growing up. Charlie illustrates his experiences with a dysfunctional family, first loves, depression, drugs and new friends — all things that are thrown into adolescence to make life that much harder.
The Perks of Being a Wallflower has been compared to The Catcher in the Rye and A Separate Peace, but I promise this book isn’t just some school book you’ll read and then forget about 2 days later. The lessons it will teach you will stick with you. When I was reading, it was like I was under a spell. I couldn’t put the book down — I had to finish it. I would read until I fell asleep with the book on my face.
Despite the deep concepts it covers, it’s not too overwhelming; it’s a super easy read. Finally, a book meant for teens that’s about high school, but not in a way that’s cliché.

Correction: The film opens in select theaters Friday, Sept. 21 and will be in theaters nationwide on Oct. 12. Check your local theater’s movie listings for specific opening dates.