My experience living in a ghost infested house 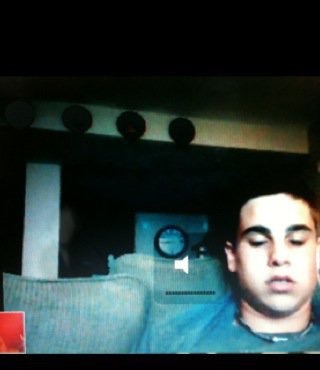 Ghosts, spirits, entities — whatever you wish to call them — they’re real.

For over five years my family and I have experienced them first hand.

It was the summer of 2011, and my brother Thomas was in our basement at our previous home skyping a friend.

“Who is behind you?” She said.

The screenshot she sent my brother shortly after would change everything.

I can’t  tell you everything that has happened over the years. The many spirits we’d come to find started to become a normal part of our household the more they became known to us.

No, they are not demonic — despite what you see in horror movies.

We later came in contact with a group of paranormal investigators named Unfinished Business, lead by Vince Porter. This group came to our house shortly after and a year later for a second investigation. Nobody occupied our home except for Unfinished Business and the spirits that haunted us and the house.

The investigators did many things to record the spirits. They put cameras in each room to record any orbs or figures — ones we have seen with our naked eye, and brought different voice recorders when communicating with them.

Our results were shocking to say the least.

We had a  portable doorbell that sat on the bar in our kitchen. It came with a speaker and the button. Obviously, when you pressed the button, the ringer would sound.

This is how we communicated with the spirits.

They rang the button to get our attention, and when we asked a yes or no question, they’d ring the button for yes.

It started to frighten me after a while. They woke us up in the middle of the night. The constant ringing of the doorbell when I’d enter the room made me feel scared to be in my own home. My mom eventually took the batteries out and put it away.

That was our last big incident in that house.

We have been in our new house for over a year now and Thomas went to college. But when he comes back, he sometimes sees figures and they do more things when he’s around. I sometimes hear tapping against my wall at night, and random things in my room will knock over that have been in the same spot for days.

I don’t know what they want from us, and we don’t know who they used to be. We all know one thing for sure though — they will never leave.