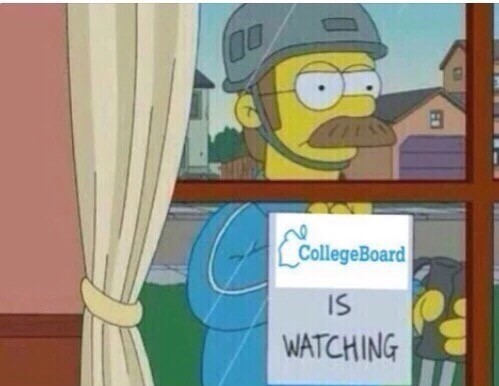 Across the U.S. on Oct. 19, schools — including BVHS — collectively forced their students to take one of two standardized tests: the PACT or the PSAT.

Students were stuck in a room for 3 and a half hours with no hope of escape and had to succumb to the seemingly endless bubble-sheet before them.

They are not allowed to go to the restroom during the test.

They are not allowed to eat or drink during the test.

The students are relieved when a section is finished — just to start the next.

They begin to wonder, “When will this suffering end?”

After what seems like an eternity, the students have finished the final section.

But the proctor has one final announcement to make: “Remember, you must not, under any circumstances, take any test questions from the testing room, give them to anyone, or discuss them with anyone through any means, including email, text messages, or the Internet.”

Yet, when they are out of the exam room, they immediately decide to relieve the suffering they just endured by logging on to the internet to share and create memes surrounding what the assessment tested them over.

The students take different reaction images and templates from common memes and mold them to fit the content of the PSAT.

This year the PSAT memes consisted of the standard variety.

Plenty used common images, such as Pepe the Frog, Mr. Krabs and other established memes. 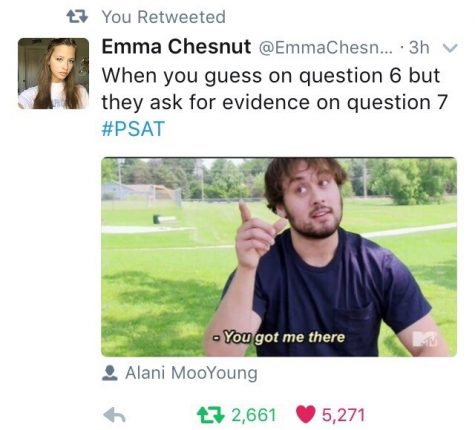 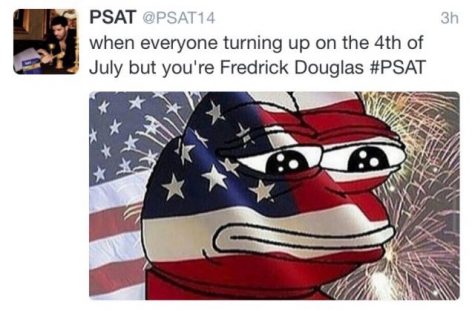 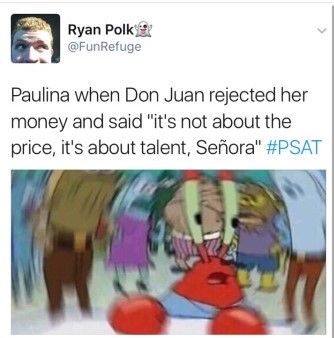 Some students made posts on Tumblr, using templates such as “The Signs As…” and also using the clap emoji. 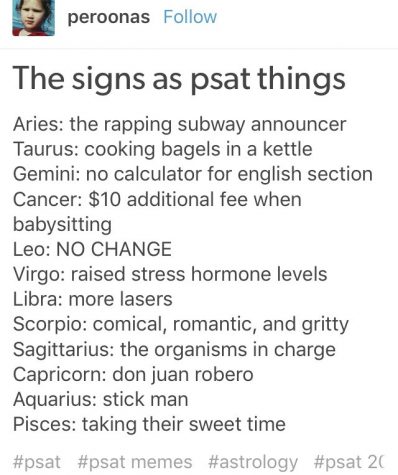 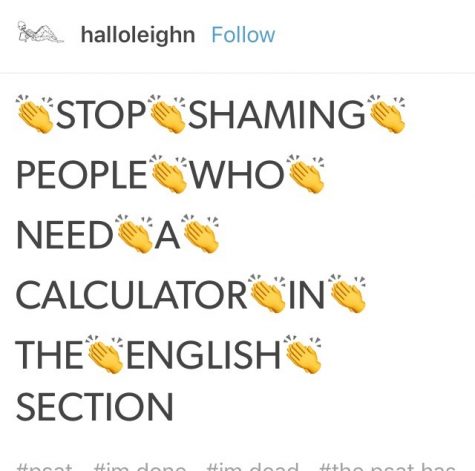 Why do students create these memes?

They know very well they shouldn’t — the proctor specifically told them not to.

If students share the information that was on the exam, their results could be completely void.

Students must not care about being caught making jokes surrounding the content they were tested over — or they must believe that College Board doesn’t really have the means to find out who is posting what.

It’s very simple for students to avoid being completely known online — they just don’t type out their full name, school and home address on their profile.

However, they must remember that College Board is watching.