How teens are damaging their faces 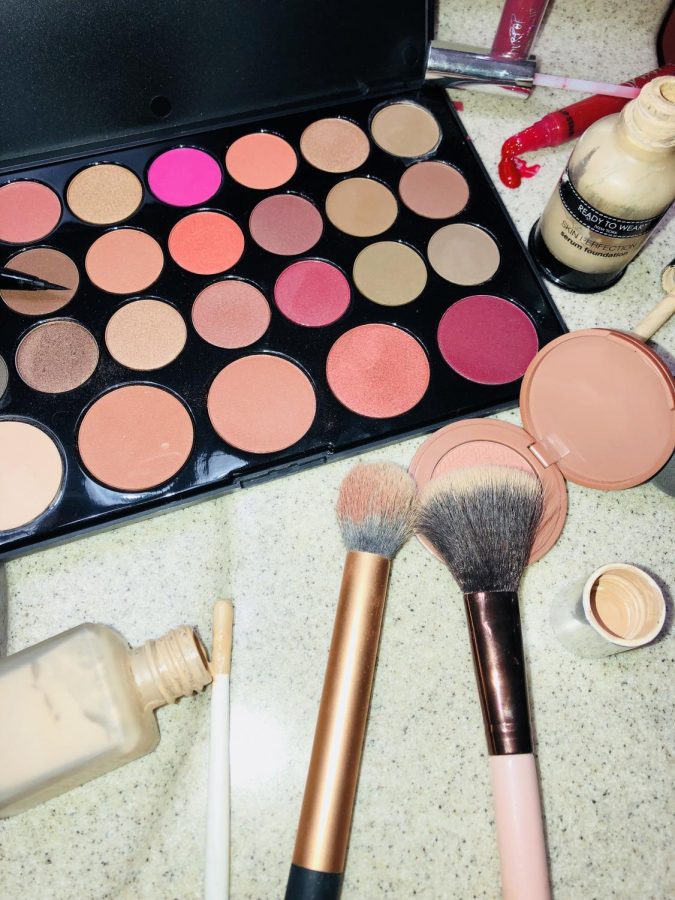 In today’s society, teens are told that makeup will make them beautiful and likeable. They are taught that if they don’t look a certain way, or have acne or scars, that they aren’t pretty and should cover their “flaws” up.

When, in all reality, acne is a part of being a teen and putting on makeup just makes the acne worse. Most of the time the makeup will irritate the acne and aggravate it.

Acne cosmetica is basically acne that is caused by using makeup. It’s shocking that getting acne from makeup has caused such a big problem that it’s in need of its own name.

Also, makeup can damage the skin and cause problems to a person’s health, especially in teens. Most of the makeup products on the market have harmful chemicals in them that can not only damage skin, but also cause eye irritation, allergic reactions, and some can even cause skin cancer.

According to reflectionsorganics.com, there has been some observation over artificial ingredients, because they may cause cancers, aggravated skin allergies, damage the nerve system, and could be harmful to pregnant women and their babies.

Although this may seem a little far fetched, if you consider the fact that we apply the makeup on the surface of our skin, you will see that when you use the makeup daily and apply too much, some of the nanoparticles stay on the skin and can seep into the pores and enter the bloodstream. Once in the bloodstream they can cause all kinds of problems to our organs and our bodies.

Also, if you want to prevent any of the diseases or problems mentioned above you shouldn’t share your makeup with anyone else. Many teens will go to the bathroom to freshen up their makeup and see someone else putting on makeup as well and will share it so that they both look good. But in all reality, sharing makeup can lead to many problems.

Maybe next time, you go to put makeup on you should think about the long-term effects of what it may do to your skin and your health.