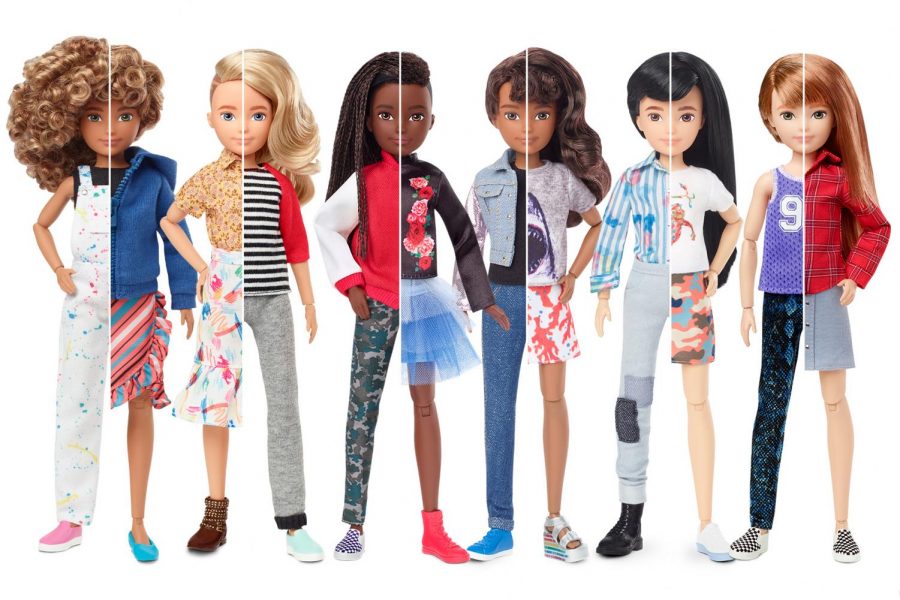 With the rise in gender equality and no more blind eyes towards the concept comes creative toys and activities which include all people, regardless of gender or sexual identity.

One of these toys is a doll line by Mattel, the creators of Barbie and other children’s toys, called “Creatable World.”

This line consists of a handful of gender-neutral dolls, accompanied by a variety of skin tones, who come packed with diversely textured detachable wigs and many androgynous clothes the dolls can wear which allows for both boys and girls to express themselves through the dolls.

While the body shape isn’t as diverse as other recent lines such as the Wild Hearts Crew Dolls, they still feature a tween-like body shape which is extremely relatable to the target ages of children.

Articles written by concerned parents have surfaced, expressing their displeasure in regards to the doll’s influence on children’s identities.

Even though parents are panicking over these new dolls’ impact, Mattel has received praise for their concept to “keep labels out and invite everyone in,” as it is a motto which should be adopted by modern-day peoples.