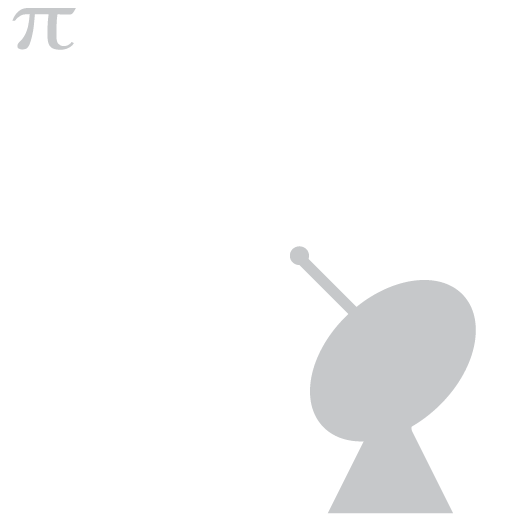 A Fire In the Night, by Vince Orozco

The new transmitter emits a quantum signal that can be interpreted by the most rudimentary receivers but is invulnerable to degradation and can travel faster than the speed of light. The U.N.-funded scientists only had enough cash for one, but it was plenty.

The first signal was sent in 2050. It wasn’t a super complicated message. It was debated what we would send. Some argued a description of our home planet or of humanity. Others suggested we let others know where we are relative to large cosmic landmarks. However, what won out was a rather simple message — Pi.

The rationale was that Pi would be a reasonable indication of the intelligence of the source, rather than being written off as cosmic nonsense. Additionally, Pi was believed to be universally understood by any possible intelligent life. Non-threatening, unassuming, just pure numbers.

The only problem was we had no idea how long it would take to receive a response, assuming there’s anybody out there. 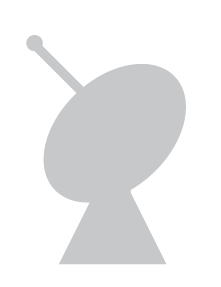 So with the signal out, all there was to do was wait. From then on, we became a fire in the night, letting all know that we were out here — that we’re not alone.

Weeks passed and no response. Months passed. No response. After years you’d see an occasional news article here and there but still — silence. When decades started to pass people forgot. It became a piece of trivia for old people to yell at “Jeopardy.”

At first, we didn’t realize what it was. The stream was large. And I don’t mean “somebody tested the meaning of unlimited storage and uploaded their 75 terabyte movie collection to OneDrive” type of large. This was the biggest single packet of information ever received. It took a little over a year to get the signal “all down on paper,” so to speak.

Once we got it down, the scientists who received it let the world know.

Over 100 years later and the long-awaited response to the long-forgotten message was finally here. News articles ran 24/7. Many workplaces practically halted due to rampant discussion, speculation and conspiracy. Theologians and philosophers, unsurprisingly, debated the nature of life and the universe yet again.

All this and we didn’t even know what They had said yet.

We had the best and brightest scientists, mathematicians, linguists, cryptologists and even musicologists working on this. After five months we began to realize that the pulse transcription was a dictionary. It was Lincos. It was surprising that we had received a message in a language we already knew (although maybe it shouldn’t have been).

With this knowledge, the deciphering process went much quicker. The bulk of the data was a dictionary. We knew part of it, but They had completed the rest.

All that was left was the actual message.

We were a fire in the night.

We put out the coals.

But who saw us?

The smell of gingerbread cookies and cinnamon candles filled the air of the small house on the corner of the street. The house belonged to Frank, Jen and Josie Fuller. Josie could barely hold in her excitement and questions if she can make it another three days until she opens a present. A muffled scream from the kitchen yelled, “Josie, don’t forget that you have dance class tonight!” Josie rolls her eyes and goes upstairs to change.

It was 1984 in Rendville, Ohio, the smallest town in Ohio, three days before Christmas. Josie ran down the stairs in her pink dance shoes, grabbed her bag, and ran out the door.

Her dance studio was just a couple of blocks away from her house. Jen heard her shout, “Bye mom,” before the door slammed. 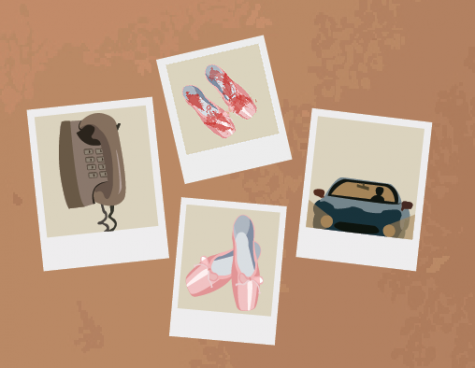 Jen gets a call about a work emergency and has to report to her office. She sets down the pan of gingerbread cookies, turns off the oven and prepares to deal with mindless customers at her job.

An hour of jumping, turning and leaping passed, and Josie grabs her bag and walks out the door, thinking about those gingerbread cookies back home.

One of the street lights was blown out while walking down the dark sidewalk. Headlights on each car shined brightly as they gradually passed. That’s what cars are supposed to do. Pass.

Jen’s car pulls up to the driveway, the garage door opens and she comes home to an empty house. The cry of the name Josie echoed throughout without an answer. Jen looked all over and searched for a note Josie could have left.

Frank was on his way home when he got a call on his brand new handheld cell phone that he was still getting used to. “Yellow,” cheered in Jen’s ear as she informs Frank of her missing daughter.

Frank tried to calm Jen down by assuming that Josie was at a friend’s house, but both knew that Josie would never leave the house without letting them know where she was going.

A pit started to form in Jen’s stomach as she takes a deep breath and hangs up the phone to call all of Josie’s friends’ parents to make sure she was at one of their houses.

Jen would get the same response, “Oh I’m so sorry, but she’s not here.” She could hear the cracking of her heart as she dialed the last number on her list, 911.

The phone rang in her ear three times before a woman’s voice answered, “911, What’s your emergency?”

“Hello, yes, my name is Jen Fuller and my daughter Josie is missing, she didn’t come home from dance class tonight and I called all of her friends and none of them know where she is — .”

The line went dead and the power in the whole house went off. Jen, frozen in fear, closes her eyes as a tear runs down her cheek and falls onto the collar of her shirt.

She opens her eyes and turns her head toward the door. It took all of her strength in her body to walk. Jen unlocked the door, grabbed the knob and slowly turned it, frightened of what was on the other side.

The door creaked open, and she looked up to see no one.

In relief, she sighs and starts to close the door but notices something on the welcome mat.

A pair of dance shoes that were once pink, but were now stained red.