An intense game that ruins friendships and reveals true colors 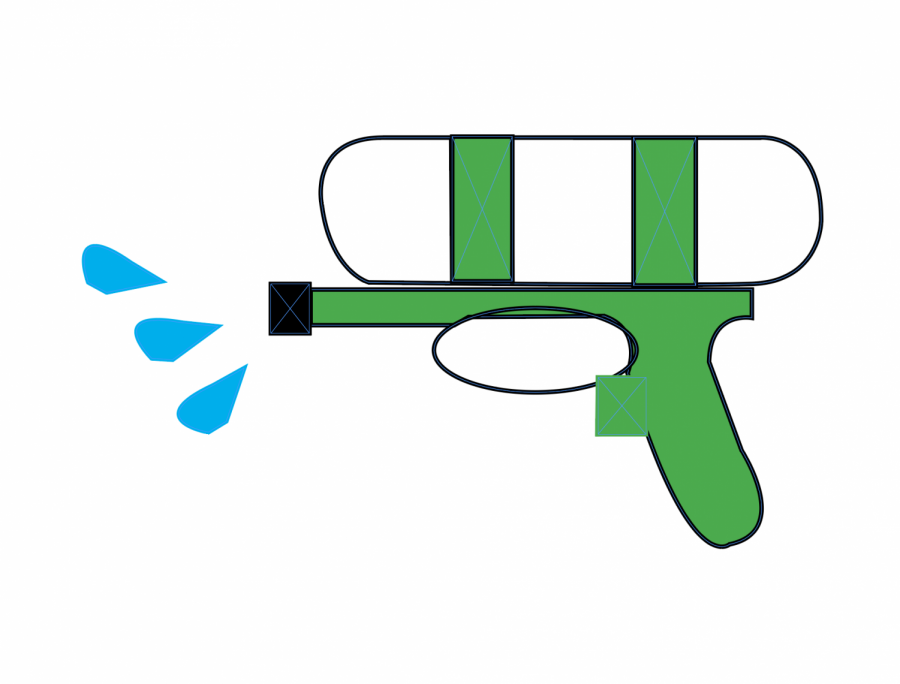 It is that time again. 160 seniors hiding in bushes and running around with water guns trying to spray each other in hoped to be the last one standing for a cash prize. It is the assassin season.

Assassins is a, “live-action game in which players try to eliminate one another using mock weapons, in an effort to become the last surviving player.”

The mock weapon for seniors at Blue Valley is a water gun or Gatorade water bottle.

AJ Joseph and Abi Sherer are the two ladies running this year’s game. They manage it through a Twitter account and updates in a senior GroupMe.

“Abi and I were hanging out one day and the group chat was having it’s frequent arguments and assassins was brought up, more specifically how we needed to start and no one was running it. We talked about it and decided to do it together,” Joseph said.

Joseph said it is a fun way for them to end their senior year.

“It has brought us closer with the entire grade,” Joseph said “Running assassins can be stressful at times yet, we love the excitement that it brings every week.”

The winner gets a cash prize.

“We haven’t gotten the total amount of money for the game yet, there are still redemption rounds and prizes to be met,” Joseph said “The top three winners, first kill winner, as well as the player with the most kills will be splitting around 2,000 dollars.”

The game makers have numerous plans for the game to spice up each round.

“We have a lot of ideas but our favorites so far are: purge, scavenger hunt, and reverse play,” Joseph said.

With such a big group of people participating, conflicts are sure to unravel as the game progresses.

“There have been a few cheaters but we haven’t let it ruin the game for everyone,” Joseph said “Some players get upset with how we are doing things and aren’t forgiving or understanding but we are trying our best to run the game as best we can for everyone. We aren’t asking for clout or attention!”

Joseph loves seeing everyone having a blast and participating in the game.

“The pictures and stories that we get from everyone are by far the best part,” Joseph said “The game is supposed to be fun and we like to see when it turns out that way.”

Assassins gets very intense but there are elements to keep in mind.