French, Spanish, Italian, even Chinese is spoken in the home of senior Ainoa Rohaut.

“My household is very linguistic; sometimes my family and I will try and speak in new languages we don’t even know,” Rohaut said. “My goal is to be fluent in five languages.”

Born in Delémont, Switzerland, but raised in Spain, Rohaut said she ‘enjoys speaking Spanish’ the most, and has ‘very strong ties’ to Spain. 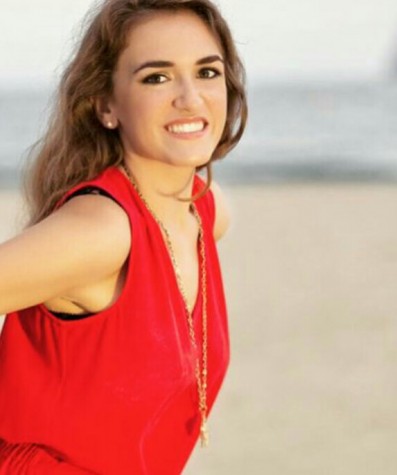 Growing up, Rohaut was influenced with ‘traditional Spanish cuisine and ways.’

“My mom cooks a lot of Spanish based food. we also celebrate holidays from there, even though we live here,” Rohaut said.

Her mom continues to push her to learn new languages, cultures and diversities every day. She believes it will ‘help her in all aspects of life.’

Rohaut gets stronger with her linguistic ability through the numerous opportunities she has among school and family, she said.

“I learned these languages through my family (Spanish) and school ( French),” said Rohaut, “I did live in Costa Rica for almost two years during sixth and seventh grade. I go to Europe for the whole summer every year to practice my french and spanish with my family..”

Rohaut has traveled to over 13 different countries around the world — she said some of her favorites being the Galapagos Islands, Turkey and Greece.

“It is hard to choose the coolest place because each country is unique and amazing in its own way,” Rohaut said. “But I would say Africa is one of the most amazing places I’ve been to.”

Rohaut said she plans to continue her love for language, traveling and culture throughout her college career, as well as one of her lifelong values.

“I plan to go to college after high school and major in Biology or Pre-dental to go to medical school to be a dentist,” Rohaut said. “I would love to do a foreign exchange program in another country for a year in college. I would love to travel once in awhile after I become a dentist, to other countries and help improve people’s lives and mouths.”

Rohaut said she plans to help other countries with their dental and medical issues because they ‘do not have nearly the same, dependable health system as the U.S.’.

Rohaut’s number-one motivator and inspiration to learn more language, culture and diversity is her mother. She has aided her in all of her linguistic inclinations and experiences, as well as supported her through the stresses of it.