Dancing on the field 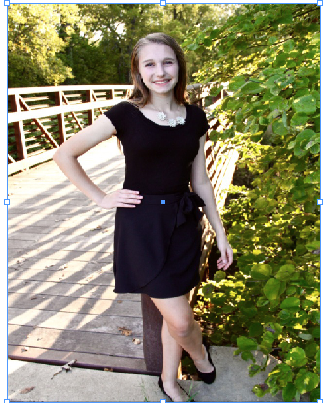 Acting as Julia Childs, sophomore Celie Strain opens up the marching band show, “The Art of Cooking.” Strain works very hard at every rehearsal to prepare herself for every upcoming event. All of her hard work pays off at the Blue Springs South competition when at finals Strain had a perfect solo and full run.

“At the last competition for the finals I felt really good with my solo and entire run,” Strain said. “When it was announced that the Blue Valley Tiger marching band was the grand finals champion, the entire team was freaking out. When all the bands were dismissed we all ran in a circle hugging each other and screaming. I was so happy that I didn’t mess up my solo that night.”

Dancing has been a part of Strain’s life for a very long time.She has been dancing since she was five so that would be ten years. She does many different types of dance like ballet, pointe and jazz.  Strain has had a few solos in the past before color guard started. Her friend Sarah Schellhase, sophomore, knows how dancing is a big part of Strain’s life.

“She can be very into dancing,” Schellhase said. “She once missed my birthday party because she had a dance class.”

Strain wasn’t the best on color guard last year. She just now got the hang of it at the end of the season last year. She has  improved a lot more in her sophomore than she did in her freshmen year.

“I didn’t do anything like this last year, I was really bad,” Starin said. “We had a partner toss. I could never get it so my partner would always get really mad at me.”

She was given the solo because of her good dance background and the experience of being a vet on the color guard. This is something new to her, having a solo on guard. She didn’t do anything like this last year for their playground show. When Strain got the solo, she said she was filled with joy and could not stop talking about it.

“When I was asked to do the solo I was so excited,” Strain said. “I was freaking out the rest of that rehearsal.”

Strain’s solo is something she is very comfortable with. She loves having the entire crowd watching her.

Right as the drums start playing, Strain is at the peak of her leap. The beginning of the solo, Strain is by the table making sure everything is all nice and neat as her character Julia Childs. As the recording goes, “Julia in place”  Strain gets set.

“The solo is really short about two 12 counts,” Strain said. “Before the show starts I am fixing the table, messing with my apron and hair. When the recording it says, ‘Julia in place’ that’s when I pause in my spot.”

“I’m on the 50 [yardline,] so I think that I could do something there,” Strain said.

“It’s like I’m opening up the show, which is amazing,” Strain said.