Editor’s Note: The Tiger Print staff acknowledges there is sensitive information in this article about sexual violence. The content in this article may elicit unwanted reactions from those affected by similar matters. There are no graphic images or descriptions, but please read at your own discretion. To protect the privacy of the victim interviewed, parties involved in the incident mentioned have been kept anonymous.

Intro
In September, a sexual assault case at Shawnee Mission East attracted the attention of students in the metropolitan area. Rumors were spread among students claiming SME was not properly handling the case — however, the principal later emailed SME students explaining they were protecting the privacy of the victim. The perpetrator was charged with four sex crimes and pleaded guilty, according to The Kansas City Star.

This event motivated the question — how does Blue Valley High School investigate reports of sexual violence among students in the school?

A student came forward and told of her experience of sexual assault allegedly perpetrated by a fellow student, as well as her experiences with reporting it.

The BV district has policies for investigating sexual abuse cases. Based on what she reported, the investigation at BV allegedly followed procedures. 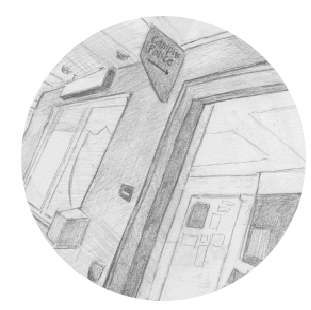 The student said she wasn’t comfortable sharing what had happened until a year later, when she told Spanish teacher Steve Dean, who then reported it. Dean confirmed he helped this student.

“I didn’t even know that reporting to the school was an option,” she said. “When Señor Dean told my counselor that I had said something about sexual assault, I was confused because I didn’t know why this school was getting involved in it.”

She said Dean helped her to report the incident to the BV counselors herself. In response, the school made efforts to separate the student and the alleged attacker.

“The [school resource officers] watch out to make sure he doesn’t come to me,” she said. “I had a class with him at the very beginning of the year. The school immediately transferred me out.”

However, the student said she was unaware of any other progress that was made involving the investigation.

“I think they were going to bring [the alleged perpetrator] in and talk to him, but I don’t think they ever did,” she said. “I’m not sure. I think there’s a record of it.”

Although unsure, she said she thinks the SROs reported the event to the Overland Park Police Department (OPPD).

The Tiger Print contacted the OPPD and found an information report filed May 6, 2016 of an alleged sexual assault incident.

“Because it was a year after it happened, they said they couldn’t really do anything — it would be my word against his,” she said. “There wasn’t technically any evidence.”

In response to these claims, SROs Trevor Burgess and Dennis Randall said the proper steps were taken in this incident, and they were unable to share with her the information of the investigative process because the alleged perpetrator’s parents requested that no details of the circumstance be discussed with anyone else.

Policies and Procedures
The BV school district administration has specific protocols in place for investigating sexual violence among the student body. Their handbook does not include these codes, but it is detailed in the board policy on the district website under Policy Numbers 3623 and 3514.

“[After] you call 911, if it occurred on campus, [or] there were [other] students involved, then you would certainly want to let the SRO [or] the school administrators know about it,” Carney said. “We have to make sure the school is safe first and foremost.”

According to Sue Denny, executive director of school administration at the BV school district, schools have to take these reports seriously.

“The school’s immediately involved if it happened at the school, and the local law enforcement is immediately involved because we tell the SRO and campus security,” Denny said. “Federal government would come into the case if there was a lawsuit followed up on our actions or lack of actions.”

“If it’s an assault type of situation, my first contact is our SRO officer, and then we go step-by-step in our protocols,” he said. “I have an investigative responsibility as part of the school. If it’s anything that’s against the law, then I’m going to be in there, and we’re going to be discussing it right away.”

He said if anything is reported through the website Sprigeo — whether it’s harassment, illegal substances or bullying — then the school immediately starts investigating.

“That information comes to me, every administrator [and] our SROs immediately,” Bacon said. “That investigation is going to start right now. If it’s [sexual assault], we’re obviously going to need to get the police involved right away.”

The school district also runs its own investigation apart from the law enforcement.

“When an administrator at the building becomes aware of something, they contact a person like me, [and] they work with us collaboratively to make sure they’re meeting the professional expectations that are required,” Denny said. “We try to make our decisions as teams, so we’re all asking each other the hard questions.”

Denny said “he-said-she-said” reports — which rely solely on the word of the complainant versus the word of the accused — can be difficult to work with since there is no physical evidence, but those reviewing the occurrence can typically acquire the evidence they need from witness reports.

“You have to listen to each person’s story [and examine them] in the best way you can,” she said. “If there’s anybody who remembers what happened or has overheard things, if there are texts [or] pictures shared, we’ll still run complete investigations.”

A school-run inquiry is required by Title IX following any report of sexual violence, no matter how long ago the incident took place or how little evidence is available.

“The very first question would be, ‘Did you tell anybody at that time?’” Carney said. “Even if they didn’t officially report it, but they told someone about it, that lends credence to the story. If no one else knows about it, it makes it a tougher case — not that it can’t be done [or] that it shouldn’t be taken seriously. [Regardless,] it’s still someone coming forward and reporting a crime.”

The main goal of the school district, Denny said, is the well-being of the students.

“We have to work with our law enforcement partners to make sure that we’re not overstepping into their investigation,” she said. “We want to make sure we are keeping kids safe [and] making sure their learning environment is something that they can take advantage of with their mental state.”

Under the Law
Title IX, a federal law passed in 1972, protects both men and women involved in educational programs given federal funds — including public schools.

As it states, “No person in the United States shall, on the basis of sex, be excluded from participation in, be denied the benefits of or be subjected to discrimination under any education program or activity receiving federal financial assistance.”

This law has since been used in cases involving sexual harassment and assault, as well as rape.

According to the United States Department of Education Office for Civil Rights (OCR), under Title IX:

You have the right to report the incident to your school, have your school investigate what happened and have your complaint resolved promptly and equitably.
Your school should ensure that you are aware of your Title IX rights and any available resources, such as victim advocacy, housing assistance, academic support, counseling, disability services, health and mental health services and legal assistance.
The policy must state that inquiries concerning Title IX may be referred to the school’s Title IX coordinator or to OCR.
Even if a student or his or her parent does not want to file a complaint or does not request that the school take any action on the student’s behalf, if a school knows or reasonably should know about possible sexual harassment or sexual violence, it must promptly investigate to determine what occurred and then take appropriate steps to resolve the situation.
Every complainant has the right to be notified of the time frame within which: (a) the school will conduct a full investigation of the complaint; (b) the parties will be notified of the outcome of the complaint; and (c) the parties may file an appeal, if applicable.

The victim said she was not aware of her rights under Title IX, and she had never heard of the law. BV does not designate a Title IX coordinator in their handbook, but it is the school principal. The coordinator for the BV district is Sue Dole. The Tiger Print called several times and emailed her, but she did not respond to interview requests. 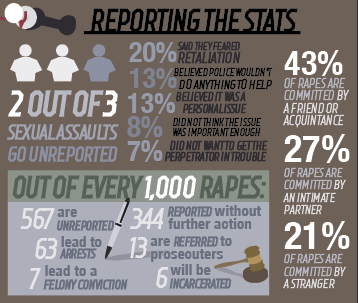 Summary
So, how does BV investigate reports of sexual violence among students in the school?

Burgess and Randall cooperated with the student to investigate the reported incident, and they filed a report with the OPPD. The school also made sure to protect her safety by separating her and the alleged abuser.

However, she was unaware that she had the choice of reporting it in the first place. She also said she was not notified of the time frame within which her investigation took place or the outcome.

Q&A With Officer Randall
Q: How can someone report rape/sexual assault/sexual harassment/sexual misconduct?

A: “They can come in and see me or Officer Burgess. They can go to their counselor if they’re more comfortable talking to them, but eventually, they [will have] to talk to us. We are very sympathetic, and we’re not judgmental. As uncomfortable as it may be — we need to get details and facts in order for us to pursue criminal charges.”

Q: What if the incident occurs outside of school?