Each year, approximately 8 million animals live in overcrowded cages, deprived of sunlight, where they are treated with harmful and unnatural diets before being slaughtered, according to ChooseVeg.com.

Seventy percent of the grain produced in America is fed to farmed animals, instead of 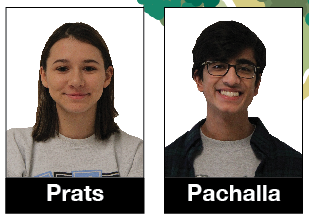 humans, despite the issue of world hunger currently taking place.

The high cholesterol and saturated fat content in animal product, especially in red meat, is a large contributor to the number-one killer in America — heart disease.

These facts add up to just a few of the reasons 22 percent of Blue Valley students said they avoid eating certain meats, based on a poll of 138 students.

Senior Karla Prats said she took on a vegan lifestyle two years ago.

“I was finally made aware of the extreme cruelty that goes on behind the walls of a slaughterhouse and the impact it has on our bodies, the environment and animals,” Prats said.

Because she was a vegetarian for one year before entirely cutting animal products from her diet, she said she hasn’t eaten meat in three years.

“When my family found out I wanted to go vegan, they weren’t exactly surprised, but they called it a phase,” she said. “[They] didn’t think I’d last more than a month. Now, they are very proud to tell their friends about my lifestyle — it’s pretty funny actually.”

She said no one else in her family avoids eating animal products, which made her transition difficult.

“The hardest part about being a vegan was finding support for what I was doing,” she said. “I’ve never actually met another vegan in my life, so I felt a little isolated in my beliefs when I first started.” 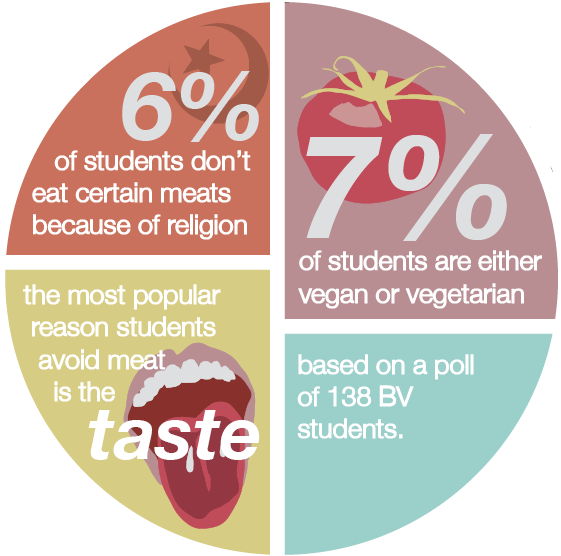 “By not eating pork or beef, I have a decreased risk for high blood pressure and heart disease, among others,” Pachalla said.

However, unlike Prats, Pachalla said his parents are vegetarians, and in result, he has never consumed cow or pig.

“The hardest part about not eating [them] is how often others talk about ‘how good this steak was’ or ‘my dad cooked this lit bacon,’” he said.

Prats said some people are judgmental when they find out about her choice.

“Usually it goes two ways,” she said. “One — people give me props for what I do and say they wish they could be vegan, too. Or two — they ask me where I get my protein from and criticize what I do. For some reason, some people take offense to the fact that I don’t eat meat or dairy, and they like to argue my beliefs a lot.”

Despite Prats’ difficult transition to veganism, she said her diet has improved her health.

“After going vegan, I had a huge boost of energy all the time,” she said. “I was overall very happy, and it made me feel greater than ever about my body.”

Since the majority of the food her family makes every night has meat in it, she said she cooks all of her food by herself.

“I usually get my recipes from other vegan advocates on social media, or sometimes I come up with my own,” she said. “My all-time favorite food to make is a classic veggie pasta.”

Pachalla said he has never been tempted to consume either pork or beef.

“I consistently eat a variety of different vegetables,” he said. “I get my protein from lentils and beans. I love Taco Bell.”

According to ChooseVeg.com, a recent study in Britain revealed vegetarians are 32 percent less likely to develop heart disease than those who consume meat.

“Without eating pork or beef, I can live a longer, healthier life,” Pachalla said.

The average vegetarian in America saves 25 land animals annually by not eating meat, according to CountingAnimals.com.

“Knowing that what I’m doing is actually making that kind of a difference in the world is probably the best thing about it,” Prats said.