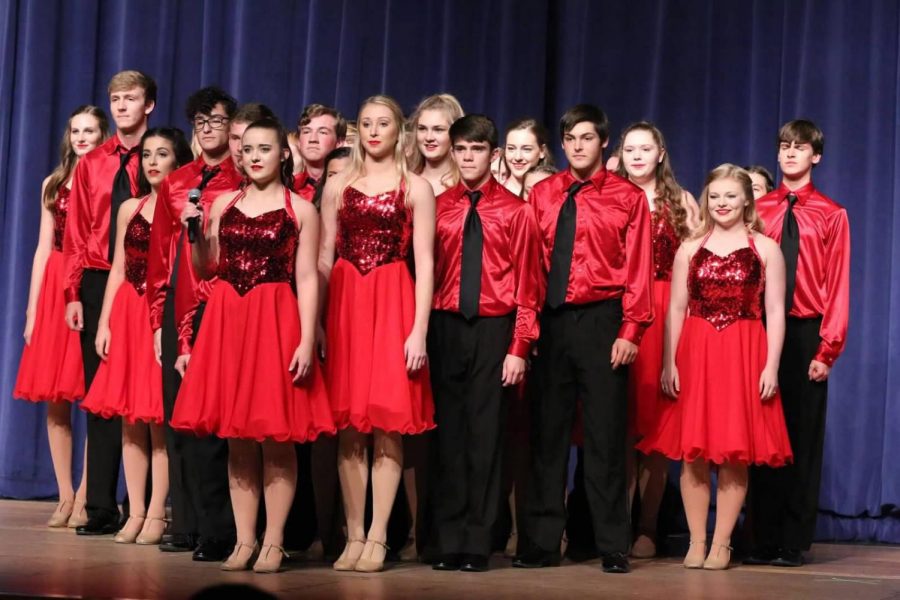 Many groups around BV are difficult to get into, especially freshman and sophomore year. One of the groups that is extremely hard for underclassmen to make is the highest level of choir: Chambers Singers. This group is challenging to get into because you can only get in if you’ve taken choir for at least a year, which means you have to be a sophomore or above, and the upperclassmen are usually the first to be chosen.

Junior Georgia Trent made it into chambers two years ago, and started with the group last year. She plans to stay in the group the rest of her high school career. She said she plans to continue because there is a place for everyone to fit in and because it feels like her family.

“Making Chambers sophomore year was both fun and challenging,” junior Georgia Trent said. “Luckily, I was able to be with six other people in my grade, which made the transition easier.”

Trent said that overall the experience was great because of the experience that she got out of it. She is able to perform twice in Disney world with the rest of the group, which many other students in her class who did not make Chambers weren’t able to do.

“There were some downsides as well,” Trent said. “We lost some of our connections with the other choir students in out grade because we didn’t see them everyday. We were, and still are, constantly expected to be at the level of all of the talented upperclassmen in the group”

Trent said although the transition was hard, she wouldn’t trade her group of friends that she has made in the past two years within the group for anything.

Madeline Friesen, another junior who made it into Chamber Singers sophomore year weighs in on the pressure of being surrounded by upperclassmen as a new member who is an underclassmen.

“It was hard at first,” junior Madeline Friesen said. “Eventually I got used to being surrounded by talented upperclassmen and it just pushed me to work harder to reach their level.”

Friesen also agreed that the group had become her second family, and that she will continue to be a part of the group for the rest of her school years.

“It’s something special that you only get to share with your friends in that class. There’s nothing I would change, because changing my experience would mean losing how close our group of friends is.”