Senior plans to pursue art in another country 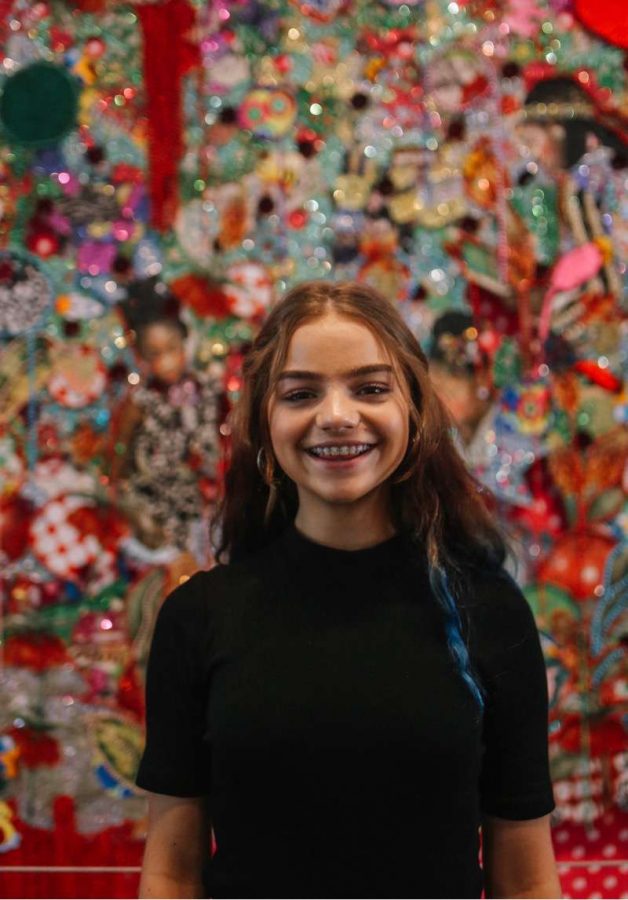 Some seniors are making the brave choice to leave their home state of Kansas after graduation and start fresh in a place they’ve never lived in before.

Mott said the idea of attending a school across borders came from her dad.

“My dad made a joke about going to Canada for college and I was like, why not?” Mott said. “I’ve always wanted to go really far away.”

The idea came from spontaneity, but the actual process of applying has been quite a bit of work.

“I had to fill out a different application for international students,” Mott said. “It took some time because I had to get my visa as well. I had to get the fingerprints, blood samples, all that stuff just to be able to enter the country as a student and stay there.”

Amid the stressful application process, Mott said she is excited about the future.

“I would love to [go to Toronto] because it’s a city,” she said. “I would say it’s similar to Chicago. My favorite part is how the people in Canada go slower than the people in America. Everyone just lets things happen. The environment so friendly and nice. It’s very stereotypical Canadian.”

Mott plans to pursue her passion for making art in Canada.

“I’m going to be studying photography and image arts,” she said. “They have this really nice image center — a whole building just dedicated to photography and film students. They have one of the world’s largest collections. It was a $7 million donation from the Canadian government.”

Mott has not only had to think about the next four years of her future but has also started to plan her life after college.

“I want to [stay in Canada after graduation],” Mott said. “But I don’t really know what degrees would transfer. The tricky thing [would be] finding a job within a small amount of time. [It] would be difficult, but I would love to stay.”

Despite the difficulty of finding work, Mott said she is willing to put effort into working toward her career ensuing college.

“Life is what you make it,” she said. “You just have to have a positive attitude and work hard.”