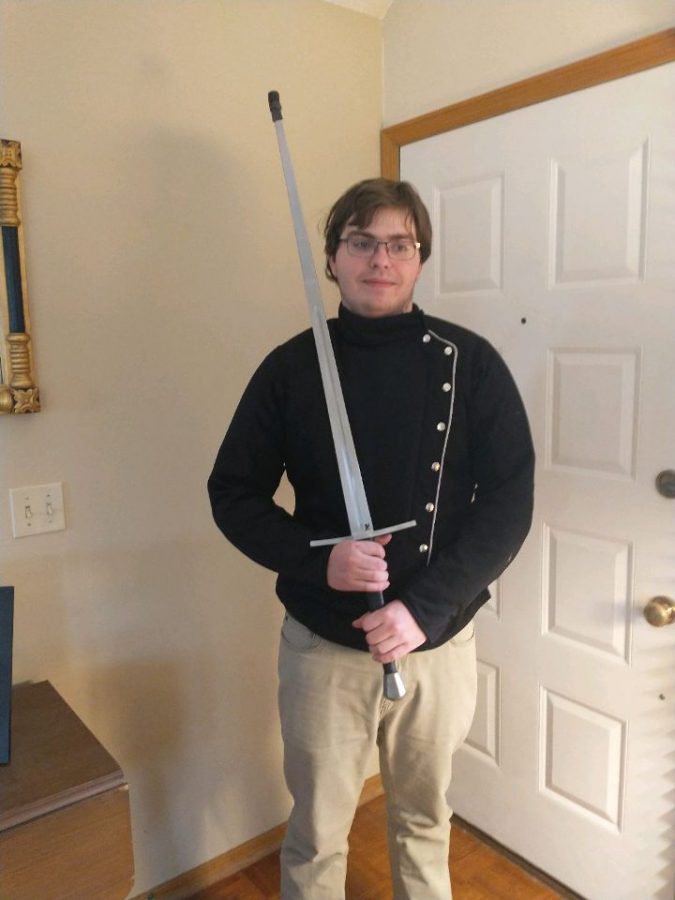 Junior Jonathon Thompson has studied Historical European Martial Arts (HEMA) for the past year and is now trained in various forms of martial arts.

“[HEMA] is the European equivalent of Taekwondo and other martial arts,” Thompson said. “It’s a fun combination of history and fencing.”

Growing up, Thompson has always been interested in fencing, wrestling, and taekwondo. To master the skills necessary to become a proficient fighter, Thompson attends classes where he practices with other students.

“There’s a Kansas City [class] where you meet up and do it two times a week for two hours,” Thompson said.

Although Thompson’s favorite part of HEMA is sparring with other students and instructors, the matches don’t always go his way.

“When you’re in a fight your adrenaline gets running and you can’t think clearly,” Thompson said. “That happened to me. My mind just went blank because I couldn’t think so I lost that pretty badly.”

These experiences pushed Thompson to continue to learn and practice more, which has made him the fighter he is today.