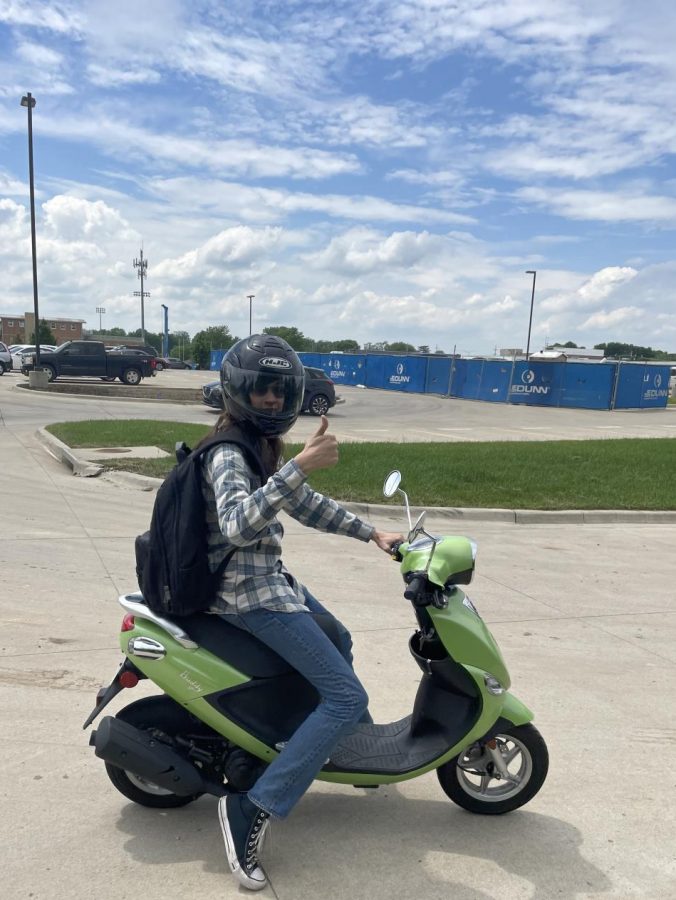 Walking through the parking lots of BV, students have probably noticed a small, lime-green moped, which stands out against the usual backdrop of cars and SUVs.

Sophomore Quin Cavin is the proud owner of this moped, which he received as a birthday gift his freshman year of high school. Cavin was inspired to own a moped instead of a car due to his dad’s history with motorcycles.

“My dad has ridden motorcycles his entire life,” Cavin said. “I like how efficient [mopeds] are and they are much cheaper than a car.”

Fortunately for Cavin, the engine in his moped is small enough that it does not legally require a license other than a standard driver’s license to operate.

“Normally, you’d have to get a motorcycle license, but because mine is under 50 CC’s, I can use it with just my regular license,” he said.

Since owning his moped, Cavin has relied on it to transport him to and from school. According to him, there are few situations where he sees himself needing to rely on a car more than a moped.

“My dad doesn’t like me riding in the rain – even though I can – so I do drive occasionally,” he said. “The only thing I enjoy more about cars is that they have a CD player.”

Cavin’s moped has become recognizable for most students at BV. Over the next two years of high school, Cavin plans on continuing the tradition of commuting to school using something other than a car.

“I will see myself riding a moped,” Cavin said. “ I don’t know if it will necessarily be that one, but I’ll try to make sure it’s green.”