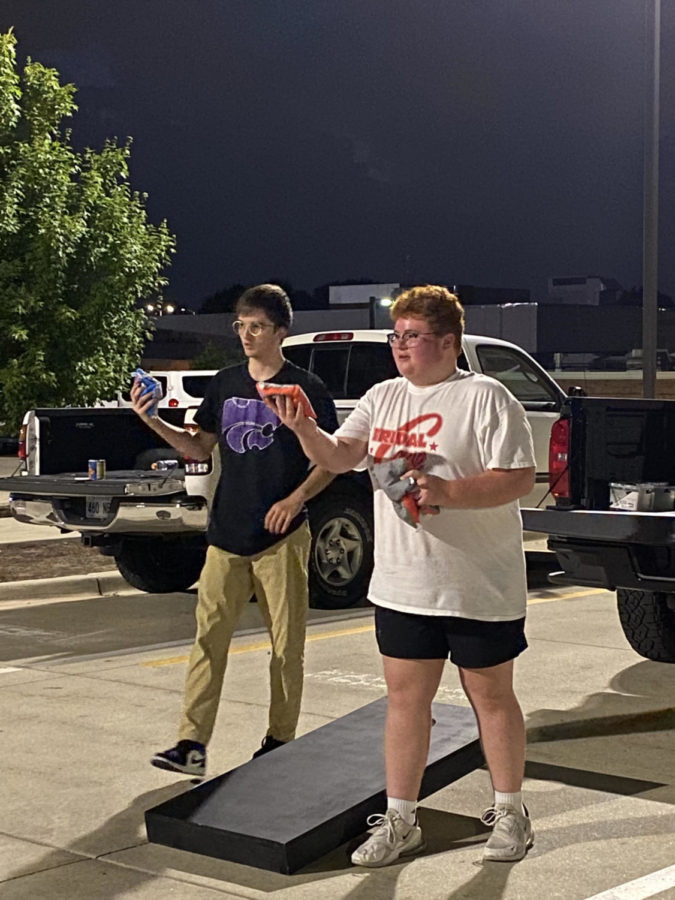 At the chorale picnic on August 26, seniors Ethan Loftin and Kegan McMasters defeated every contender they faced in a mini cornhole tournament.

Loftin said that he had been preparing for cornhole ever since he found out it would be an activity at the picnic.

Comparatively, McMasters came into the tournament without much previous experience with the game.

“I barely ever played,” McMasters said. “I’m just a natural stud, I guess.”

Having been new to cornhole, McMasters was pulled into it by Loftin, who has had experience with the game before.

“I saw my friend Ethan standing by a cornhole game, so I went over and the rest is history,” McMasters said.

One of their recent competitors, senior Reece Dickerson, came very close to beating them.

“They won just about every game,” Dickerson said. “There were a couple of times when it was close. I think one of the games was 21 to 20, but for the most part they beat us every time.”

Despite losing to the duo multiple times, Dickerson enjoys the game and the concept of competing.

“It’s pretty fun,” he said. “Once you get into the groove, you’re able to just start sinking them.”

After counting up the total wins from the tournament, McMasters and Loftin placed as champions.

Dickerson felt like both sides of the tournament could have been a bit less competitive.

“They probably could have shown a little bit more sportsmanship,” Dickerson said. “At the same time, we probably weren’t the best either.”