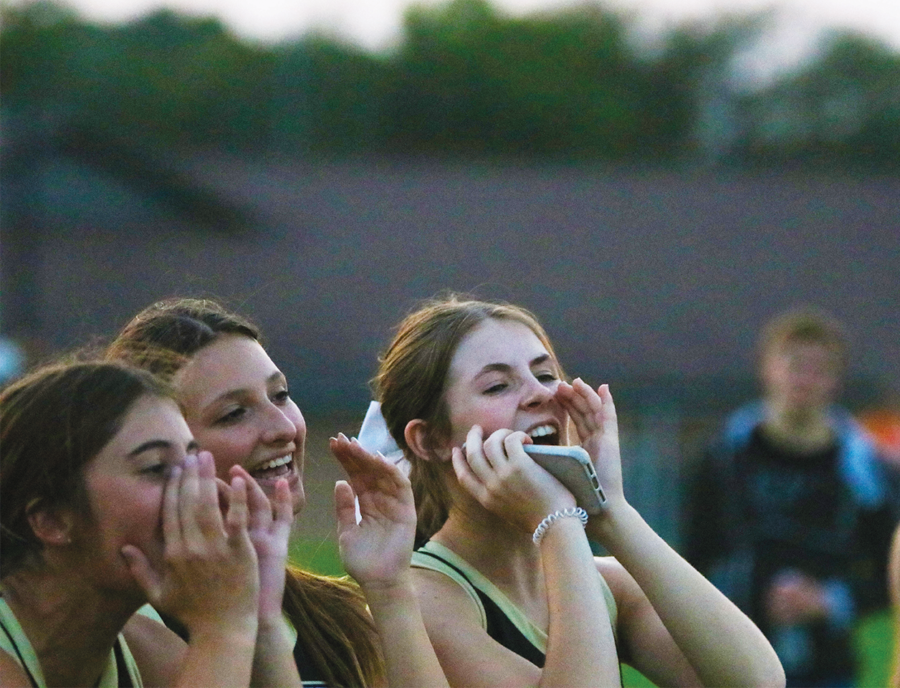 After last year, everyone is excited about sports and activities and finally getting a more normal school year. The current sophomores didn’t get a great start to their high school experience, but lots of students are hoping to make up for it by getting involved.

Sophomore Rypli Donahue was planning on doing that by committing to school sports. Sadly she has encountered some obstacles along the way. Donahue couldn’t wait for her second year as a Blue Valley cheerleader. Due to COVID-19, the cheer team didn’t get to do as much as they ordinarily would. Unfortunately, her plans for a normal return to cheer didn’t go exactly as she thought it would.

“This year was my first time stunting,” Donahue said. “We went to a stunting camp, and I am a main base. I was main basing my flyer for two days for seven hours a day.”

After a long day of stunting, her arm hurt a little, but she didn’t think much of it. Little did she know, she actually had a stress fracture in her arm.

Along with Cheer, during the summer she plays on a recreational

volleyball team with her friends, so that night she went to play and she immediately felt the pain when she went she tried to serve the ball. She ended up turning her stress fracture into a break. Still oblivious, when she went to stunting camp again the next day, she was asked to stunt on it and she thought she would be fine. Sadly, this was not the case.

“I had broken it and then stunted on it, so I had this thing called compartment syndrome,” Donahue said.

“Then I got emergency surgery [because] I broke my arm.”

She got it cast a week later after the swelling from the surgery went down. After her hiatus, even though she couldn’t do much, she was still happy to be there.

“[Returning has been] frustrating because I feel a little bit useless,” Donahue said. “I missed it a lot because I really like

cheerleading. I missed all those girls, and I missed the environment.”

Despite the predicament, it also comes with its perks.

“I get to pay more attention to other stunt groups and support the girls,” Donahue said. “It’s cool because I get to build all of them up even when I can’t necessarily do it.”

accomplish when she gets back from her injury.

“After I am fully healed, I want to strengthen the muscles I’ve lost so I can be the best I can,” Donahue said. “I just want to lift Blue Valley up and be a part of the team.”