Scoring On and Off the Field 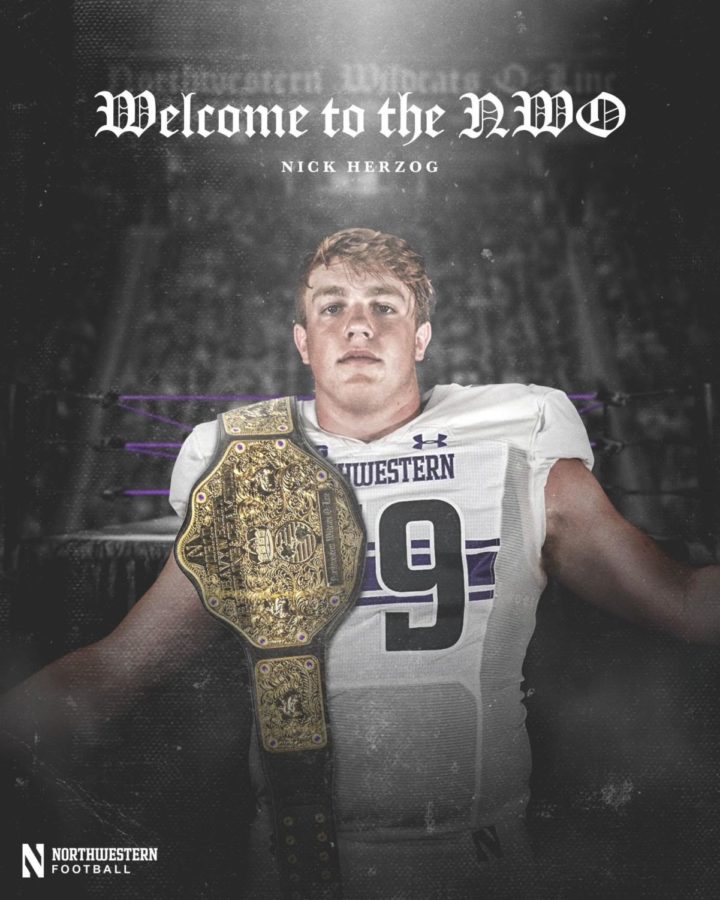 Anticipation was building for the football season this year, and senior Nick Herzog was more eager than ever. Playing football since third grade, Herzog has loved the experience of being around the other football players all year long.

“Even when it’s not in season, you’re still doing off-season workouts and you hang out all the time,” Herzog said. “Friday nights and games are fun, but the rest of the year is what makes high school football the best.”

Herzog sees the opportunity of being a football captain as an honor, and he values the respect of his teammates. His four years of the high school sport and the position of captain has prepared him for a higher level of football.

“I was really excited [to commit to] Northwestern University,” Herzog said. “Not only do I get to play Big 10 football for a school that’s ranked a top-10 team, but they’re also a top-10 academic college.”

This past February, Herzog took an unofficial visit to experience the campus on his own. Later on, he took an official visit where he interacted with players, coaches and staff.

“We went to Wrigley Field, and it was an awesome time — [I] got to try out on the uniforms and everything,” Herzog said. “It was packed minute-by-minute, hour-by-hour of a weekend of fun.”

Not only is Herzog looking forward to playing his favorite sport but also getting a quality education and taking classes he is genuinely interested in.

“I’m planning on majoring in either engineering or business,” Herzog said. “I’ve always loved building and tinkering with stuff.”

With college just around the corner, Herzog is grateful for the preparation that high school football has given him.

“The way coach [Allen] Terrell runs his program [is] a lot like a college program,” Herzog said. “In fact, the way practice is scheduled and run is very similar to the way Northwestern runs theirs.”

Herzog said the process of committing to a school for football is a little different than other sports. Rather than having a traditional early deadline, Herzog instead needs to decide by signing day, but he is confident with his decision.

“I already knew Northwestern is where I wanted to be,” Herzog said. “Getting to meet those coaches and players in person honestly just made it feel like home.”