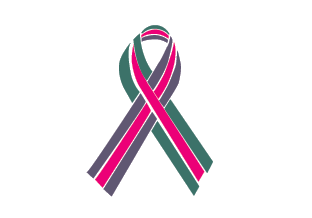 In 2018, BV Spanish teacher Kathryn Sanflé experienced symptoms of what was later identified as early-stage cancer.

“I found it in the lymph nodes under my armpit, went to my doctor, did all of the test imaging and started treatment one month later,” Sanflé said.

Her breast cancer has now spread to other parts of her body.

“In 2020 right when COVID hit I found out I had a fracture in my spine because cancer was growing in the bone of my back,” she said. “It has since moved on to my liver, lungs and now it is in the lining of my brain. When I found out it was in my brain, I was having neurological symptoms, I was having stroke-like symptoms because [my brain] was inflamed.”

She is working with her doctors to slow the growth of thecancer.

“I have been in treatment since spring break of 2020 — we have tried basically every oral treatment that there is,” she said. “I [have started] chemo again, and it will basically be once a month for the rest of my life.”

For Sanflé cancer treatment has brought many hardships into her life.

“Things that are hard about cancer is the only way to treat it is to essentially poison your entire body,” she said. “When I was initially diagnosed, I did eight rounds of chemo. You kind of get a countdown, you know how far you’ve gone. [Now] I’m on a ride until the end.”

“Once people are diagnosed as metastatic, which is stage 4, it means that the cancer has moved to places beyond the original site,” she said. “It will usually get you about three years, and I’m already a year and a half into it. It has progressed to all of the major organs that breast cancer tends to go [to, but] there are still other places it can go.”

Sanflé is now forced to think through various situations in the future that cancer will inevitably impact.

“I am adapting to the fear of my children spending the bulk of their lives without me — which is probably the hardest part — because there are so many things I’m not going to get to see them do,” she said. “I would pay all the money that I have in my bank account to get to fight with them in high school because I feel like most high schoolers just fight with their parents. God, what I wouldn’t give to get the chance to do all of that.”

Although Sanflé is dealing with arguably the most difficult situation a person could be in, she is still trying to make the best of every moment.

“My college roommates and I had planned a trip to Sedona this summer because we’re all turning 40,” she said. “The most memorable part of the last month is being able to be in the right place at the right time with the right people. They were that place [and] those people I needed.”

Sanflé spends as much time with her family as possible.

“I’m trying to do things every day with my kids,” she said. “I’m writing them letters, or I’m writing down what we did, how [they felt] about their first day of school, what my 9-year-old’s birthday [was] like, trying to [take] a million pictures, so that they remember me being there for it.”

Her and her family have made some lasting memories and still have more on the way.

“We got to meet a few of the pitchers from the Royals and got great seats to the game — [we] had a super fabulous time,” she said. “I think there’s little things to do every day, and then there’s some of those bigger things to do.”

Sanflé wants to leave a positive impact on Blue Valley students and faculty.

“I care about [my students] as people — more than Spanish students — but I know that [Spanish] isn’t everyone’s path,” she said. “I hope that would be the mark I leave — that they know that they were valued by me.”