Students at BV share the value of long-term friendships 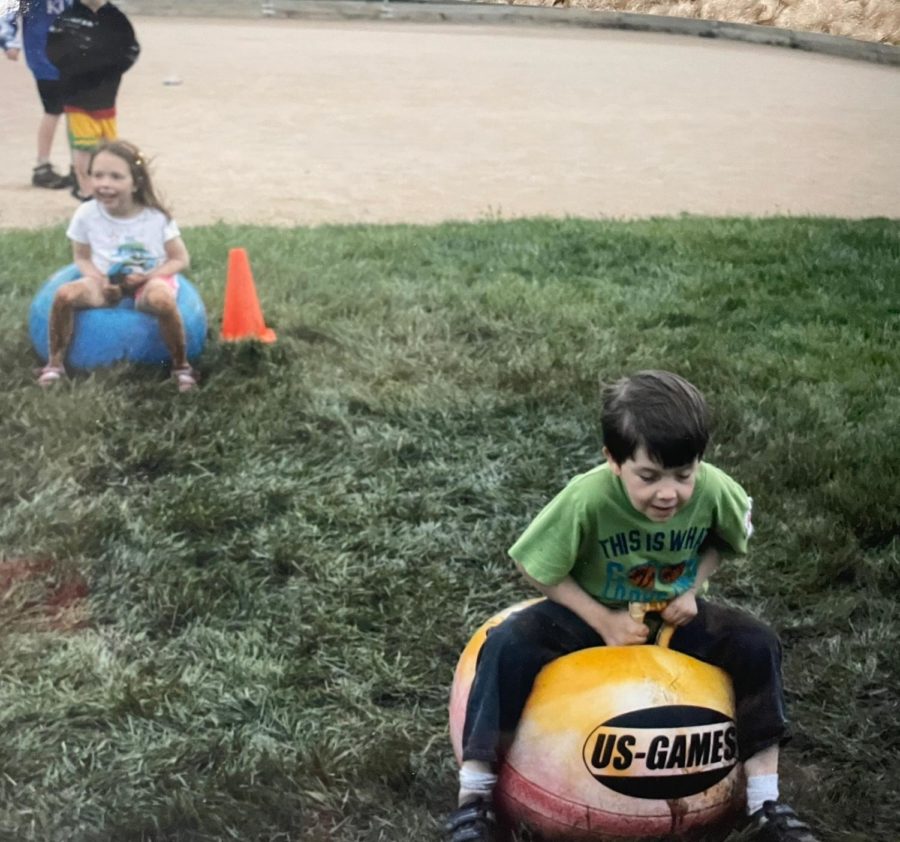 As most students navigate through the changing environments of elementary, middle, and high school, their friendships likewise shift. Many consider themselves lucky to have friends from just three, four or five years ago, but freshmen Myka Beck and Colton Fieger’s relationship far surpasses that at 12 years strong.

“We met at one of our older sisters’ baseball games when they were five,” Fieger said. “We were playing behind the bleachers with roly-polies.”

As their siblings continued to compete on the same team, the two grew closer on the sidelines.

“A lot of it was at our sisters’ softball games because they played together,” Fieger said. “We spent a lot of time playing games — we built little forts out of rocks for snails and made sand castles with the dirt from the baseball fields.”

In addition to afternoons by the softball diamond, Beck and Fieger share a myriad of grade school memories.

“We were in the same kindergarten class, so we would always get in trouble for talking,” Beck said. “I also had a Chucky Cheese birthday party, and Colton got me a little purse dog [stuffed animal]. I still have it — I named it Buddy.”

As the pair transitioned to high school last fall, they were able to avoid any sort of friendship fallout.

“It hasn’t changed that much,” Fieger said. “We matured, [and] the stuff we do changed because we don’t play with snails anymore, but we are still best friends.”

For Beck, the friendship was likewise a constant in the midst of a big jump from eighth grade to freshman year.

“It was more comforting coming in with a long-term best,” she said. “I knew I had at least one friend there.”

While the two spend plenty of time together outside the walls of Blue Valley, they also bond through a shared affinity for forensics. In fact, their duet qualified for both the Kansas State and national competitions.

“It has been fun having her in another part of my high school life,” Fieger said. “I did debate last semester, and [forensics and debate] kind of go together. I really wanted her to get [involved] with it because I thought it would be fun to do it together.”

Though Beck may go to great lengths to defend a position in forensics, it seems her dedication to defend Fieger is even greater.

“I’d stand against other people for him,” she said. “If people are mean, I’d rather people think I’m that crazy girl who will be mad at them for silly little things — if you’re being mean to my best friend, then you better watch your back because I’m coming after you.”

In contrast to some other relationships, Fieger and Beck’s friendship never seems to get old for either of them.

“I like that it’s not forced because there are always some people where it’s like ‘we’re friends,’ but you don’t want to hang out with them at certain times,” Fieger said. “It’s never like that with us. We’re always free to talk. We’re always there for each other.”

“He’s so reliable, and we trust each other so much,” she said. “We have the same mind, and we think of the same things. He’s also so funny, so he’s enjoyable to be around. He’s just such a great person.”

As the years go by and their bond grows stronger, it’s clear the two have a unique relationship unrivaled by other connections in their lives.

“Friends I met this year or even [friends] I met in middle and elementary school can’t really compare to [this] level because we’ve known each other for so long,” Fieger said. “It’s just a different level of friendship.”

Though it may sound cliché, the phrase “best friends forever” doesn’t seem to present too lofty a goal for Beck and Fieger.

“As cheesy as it is, I’d literally do anything for him,” Beck said. “Of course there’s fights and stuff that a lot of people go through, but I would rather be his friend than anybody else in the world.”