To All the Dreamers 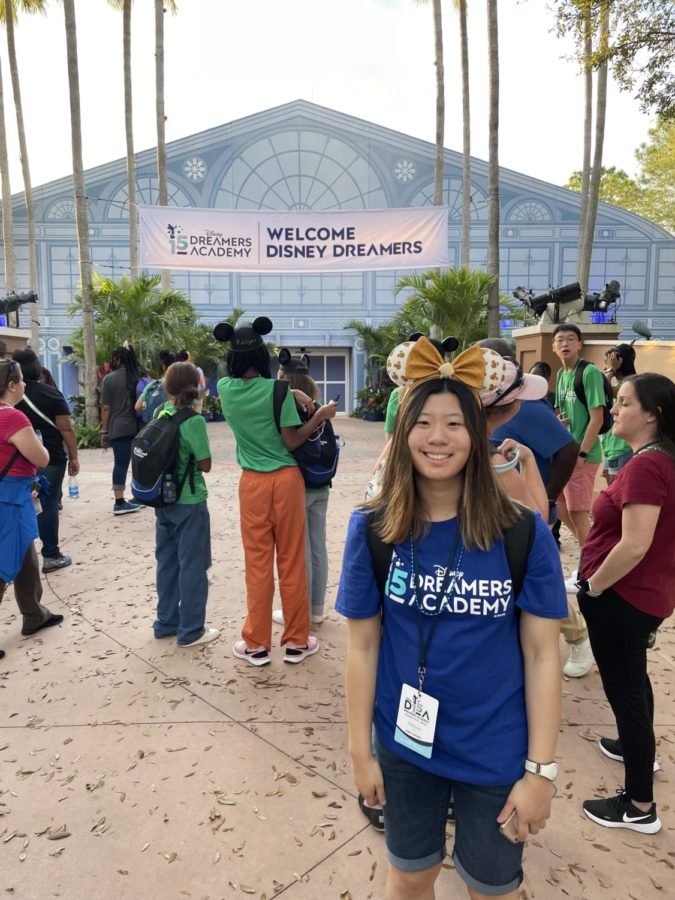 For senior Alison Yee, a passion for all-things Disney and engineering opened the door to a unique opportunity: The Disney Dreamers Academy.

Each year, this organization selects 100 students from across the country, mainly from underrepresented backgrounds, to participate in a four-day event at the Walt Disney World Resort in Orlando, Florida. Students attend seminars, meet celebrities and work hand-in-hand with Disney Imagineers, the engineers responsible for designing and building various aspects of the theme parks.

Yee was originally enticed by the program because of her dream to one day become an Imagineer herself.

“I saw it was for people who have big dreams and who strive to do a lot — I knew that fit me really well, and I could have some amazing opportunities and make connections,” Yee said. “I want to share my message with the world — especially as a female, Asian, engineer and LGBTQ community member — through what I create.”

Yee was one of 10,000 teens from across the country to apply. Through numerous written responses, she hoped to emphasize the qualities she believes would make a good Imagineer.

“I mainly wrote about how cardboard boxes inspired me to be innovative and how that contributes to who I am as a person,” Yee said. “I also talked about Randy Pausch, a Carnegie Mellon professor [and] Disney Imagineer, who taught the importance of having grit and pushing through the ‘brick walls.’”

This year’s Disney Dreamers Academy took place March 3-6. When recounting her experience, she found the most value in participating in a “deep dive,” which put her in the shoes of Disney Imagineers.

“We designed a transportation system with a budget to simulate how they do it in the real company,” Yee said. “The next day, we presented it to a bunch of people and pitched our idea. I networked with four Imagineers who I’m still in touch with.”

Yee was the only representative from Kansas and is grateful to have had the opportunity to meet a wide variety of people with different talents.

“Imagineering is so vast — there’s not any specific field you train to go into. You learn most of it on the job,” Yee said. “There’s so many different people with different disciplines, so you learn to respect each other’s crafts.”

Though she is excited to attend Tufts University to begin her journey in engineering, Yee admits fostering her passions has been anything but easy. However, after tasting what her life after college could be like, Yee could not be more thrilled.

“A lot of us don’t really fit in anywhere in our high schools — once you get older, you will find your people,” Yee said. “I feel like that was the first glimpse of meeting people who have the same passions as me. Middle school and high school were rough for me socially, so now I know if I keep going, I will find people and I will get to where I want to be.”