Syrian Refugee Crisis
The flow of Syrian refugees into European countries has reached an all-time high of more than 19 million and an average of 42,000 more are expected per day. This constitutes over one-third of the population gone due to rulings of Bashar al-Assad, ISIS and other extremist groups. Many have fled into neighboring countries such as Turkey, but life there is not sustainable in refugee camps. Therefore, the trek to Western Europe is being made by the thousands each day where there is an promise of a better life. Countries in the European Union have been reluctant to take in the flood of people except for the bare-minimum. On Sept. 14, Hungary officially closed its borders to anyone who does not have a visa, leaving the floods of people stranded in Serbia. The United States has also taken no part in alleviating the burden the refugees have put on Europe and remains silent to the pleas for help. 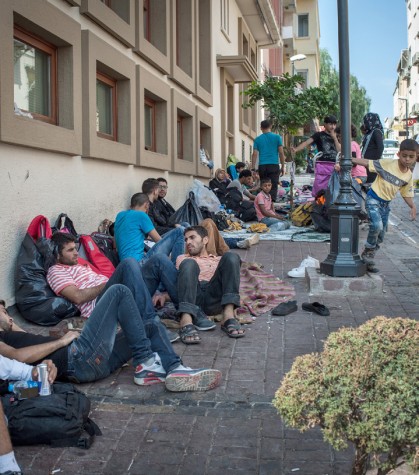 Why is this a big deal? Families are walking hundreds of miles with young children, boats carrying refugees to Greece sink, causing people to wash up on the shores and Hungarian police are forcing people into refugee camps. This situation is growing worse with each passing day, and no long-term solutions have been presented. Wealthy countries need to grant asylum and start programs to help the refugees find jobs. The problem isn’t going away anytime soon, with millions more projected to come within the year’s end. Countries need to open their borders to these struggling people, or more and more will perish at the hands of dictators or the journey.

Kentucky county clerk Kim Davis refused to issue marriage licenses first specifically targeted to same-sex couples, then to anyone who wanted one. The Supreme Court ordered her to do her job, then held her in contempt when she persisted in 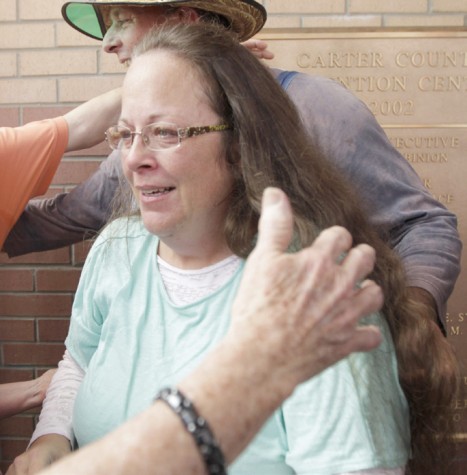 her crusade. She spent five days in jail until her release on Sept. 8. Returning to her job on Sept. 14, she stayed true to her original views and still refuses to sign any licenses for gay couples.

Why is this a big deal? Davis claims she is not bound by the Supreme Court’s rule, but a higher one. Her refusal has struck a chord with Christians who do not agree with the same-sex ruling. She is a figure now to those who originally disapproved of the Court’s decision to legalize same-sex marriage. Political figures, such as presidential hopeful Mike Huckabee, have voiced support for her actions. While Davis was in jail, her clerks signed for the licenses, and there is speculation whether or not they will be valid. Davis can’t be fired for her actions since she is an elected official, and it would require an impeachment process to remove her from this job.