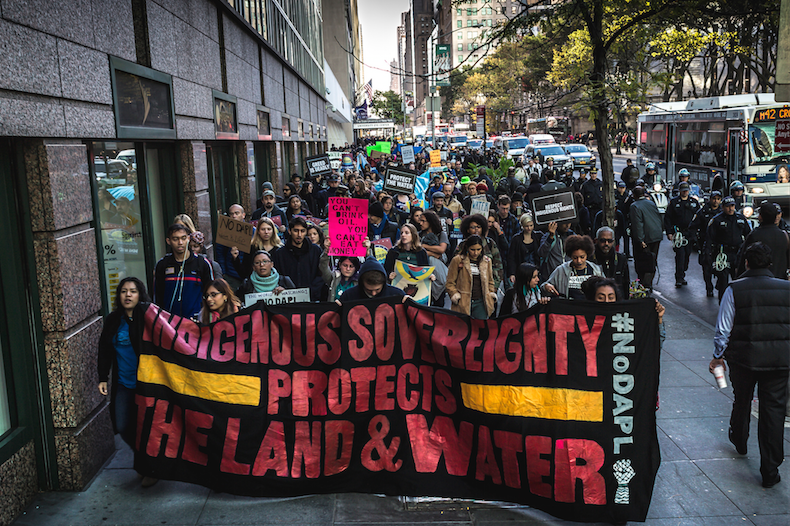 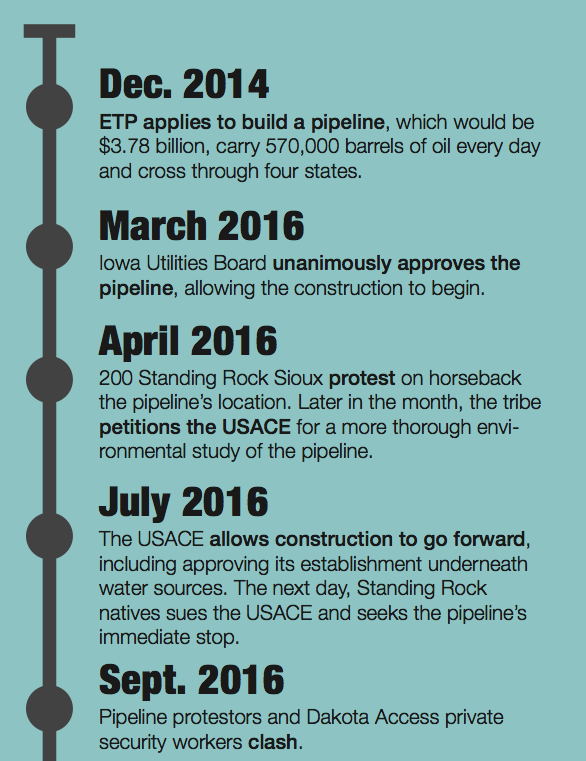 Nearly two years after Energy Transfer Partners (ETP) first applied for the construction of the Dakota Access Pipeline, its progress has been halted at Lake Oahe.

The pipeline, which is 1,172 miles long and will cost a total of 3.78 billion dollars, has drawn a significant amount of media attention for the past several months.

Ever since its proposal, the Standing Rock Sioux tribe has opposed the pipeline, protested its construction and stimulated others’ to join the movement. 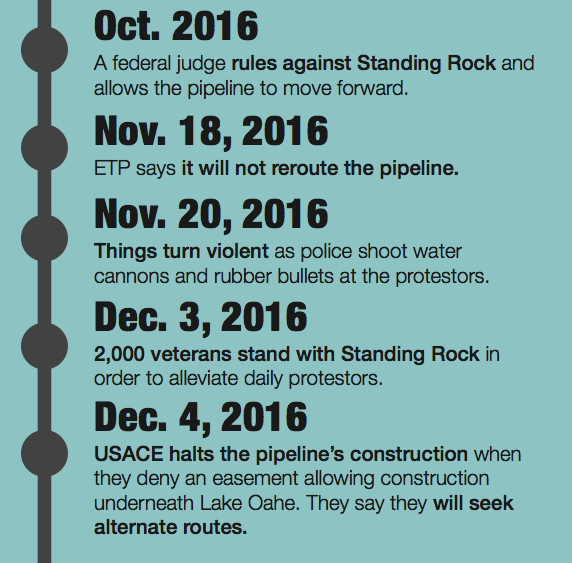 The tribe claimed that since the pipeline would run under the Missouri River and Lake Oahe, their water sources could be
come contaminated if there was an oil spill. They also asserted that the establishment of the pipeline would threaten cultural sites.

In the past month, the situation at the protests has been growing tense, and sometimes, violent.

However, Standing Rock and those protesting along with them reached a victory on Dec. 4, 2016, when the US Army Corps of Engineering (USACE), who allowed the pipeline to begin in July, denied an easement to ETP that would permit the Dakota Access Pipeline to be built underneath Lake Oahe. They said they would seek alternate routes.

The USACE will now conduct an investigation, which will take around two years, on whether the pipeline should be moved or cancelled.

In response to the resolution, ETP criticizes the Obama administration and its “transparent political actions.” They said that the pipeline was completely legal.

So, what’s going to happen now?

The battle isn’t over for the tribe — this victory is fragile.

ETP has no plans to give up on the pipeline and is still pushing back against the decision made by the USACE.

President-elect Donald Trump supports the Dakota Access Pipeline’s current route and has stocks in ETP — although he said that does not affect his position.

There are fears that his administration may overturn the USACE’s decision — though the USACE could run the risk of being sued if that occurred.

As far as those who joined the Standing Rock Sioux, many refuse to leave despite freezing temperatures, and the encampment is even growing.

Standing Rock Sioux Tribal Chairman Dave Archambault II has urged the “water protectors” to return home when the harsh weather clears as the next steps in their fight will be legal.

However, many refuse to leave to ensure ETP is following the USACE’s decision after rumors of continued building. This includes Shannon Joseph, who was interviewed by CNN.

“[The pipeline] stopped, but they’re still drilling. So how’s that going to work?” Joseph said. “What are they going to do? Is it going to cause more fights? Are they going to spray us or shoot us with rubber bullets still?”

“We’re still sticking it out and hoping that what they say is true and that there’s no sneaky business going on,” Calderon says.