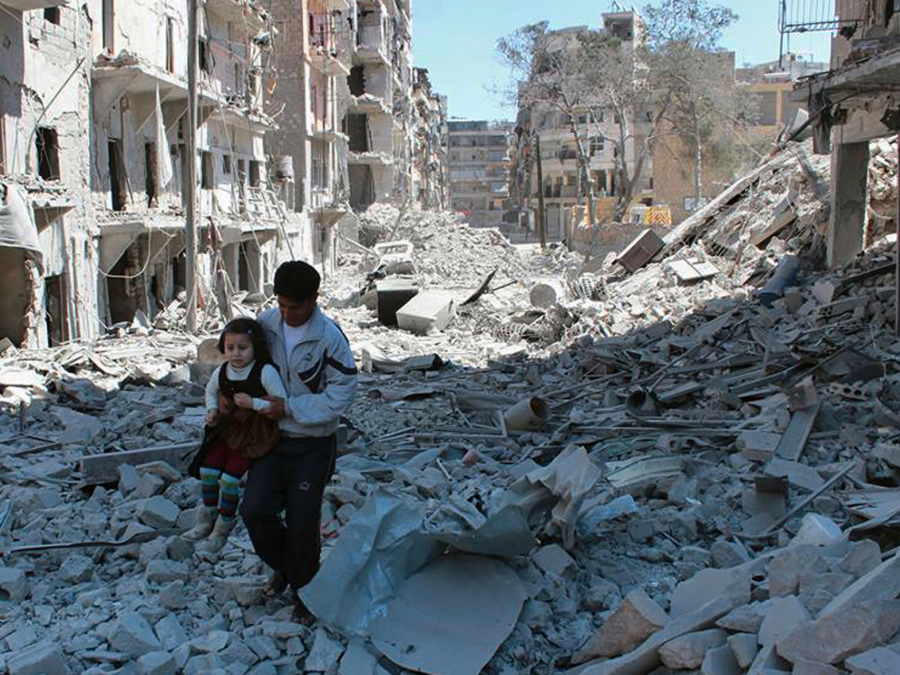 The Battle of Aleppo between Bashar al-Assad’s regime and the Syrian rebel groups has garnered a lot of media attention over the past few months.

For those who don’t know, the Syrian civil war started in 2011, with the longest battle taking place in Aleppo, Syria’s largest and most populated city. The Battle of Aleppo started on Jul. 19, 2012 and is centrally focused in East Aleppo.

This war is essentially between Assad’s regime — which is receiving aid from Kurdish and Russian forces — and the opposition rebel groups, such as the Free Syrian Army and ISIS.

As of Dec. 2016, 4.81 million Syrians have fled the country, 6.3 million people are displaced internally and approximately 400,000 Syrians have been killed (not including the casualties unaccounted for within the city).

Although these airstrikes and raids conducted by the Syrian Armed Forces are aimed toward rebel and terrorist groups, many civilian casualties have occurred.

The latest airstrikes and raids occurred in Aleppo during a ceasefire that was called by Turkey and Russia for the evacuation of civilians.

As a result of these recent attacks, Twitter was flooded with farewell messages by many civilians trapped within the city. Many women committed suicide in order to prevent being raped by the raiding troops, and many children were killed by soldiers.

On Dec. 15, Assad declared “liberation” of Aleppo and stated the rebels have been “driven out” of the city. This restarted evacuation of civilians to the neighboring Idlib province where more than 3,000 people were safely evacuated.

According to the UN, more than 50,000 still remain trapped within the city.

The EU Council president Donald Tusk also has called for the opening of humanitarian outlets to allow aid to reach civilians in Aleppo.

Currently relief groups, such as International Red Cross, are working to evacuate as many civilians as they can.