We Want Your Taxes & We Want Them Now

On April 15, across the country, protesters gathered in over 150 cities ordering President Donald Trump to release his own personal tax returns — a nationwide Tax March.
According to the The Washington Post, protesters chanted “Hey, hey we want to see your Schedule A” — a reference to a tax form used to itemize deductions.
During the march in the New York’s Congressional District, speakers such as Senator Ron Wyden of Oregon and Representative Jamie B. Raskin of Maryland asked him to “act ethically” and “read the Constitution.”
According to Taxmarch.com, the march’s mission is to call to attention that “President Trump must immediately release his full tax returns, as most presidents and presidential candidates have done for the last 40 years.”
Although Presidents are not required by law to release their personal tax returns — yet have done so voluntarily since the 1970s — citizens feel it is a significant way to be fully open about any potential conflicts of interest.
It’s a well-known controversy that Trump has refused to release his tax returns, stating that he has been under “audit,” or under an inspection of an individual’s or organization’s accounts.
The White House administration was asked for commentary on the march. White House Press Secretary Sean Spicer repeated that Trump is indeed under an IRS audit, but claims the president’s finances have been transparent.
But on April 15, the Non-Profit Organization Electronic Privacy Information Center filed a lawsuit in federal court over Trump’s tax returns, arguing that there is such a “provision” in IRS regulations that allows a release.
“Releasing your tax returns is lowest ethical bar for a president,” Senator Wyden said to The Washington Post. “And we’re going to make sure he clears that hurdle.” 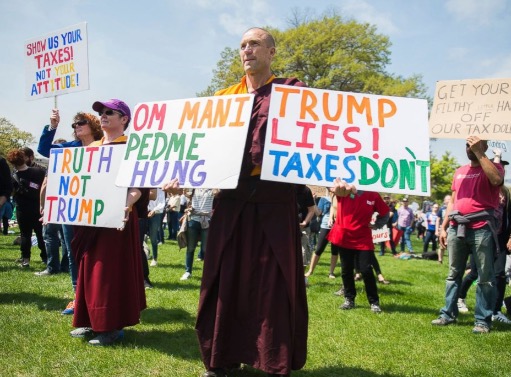 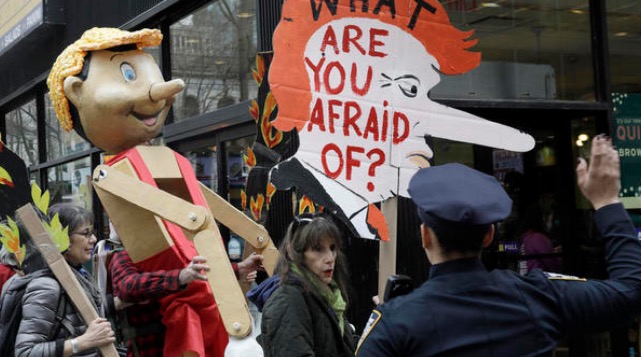