Heat of the Moment

US expected to see warmer temperatures this fall 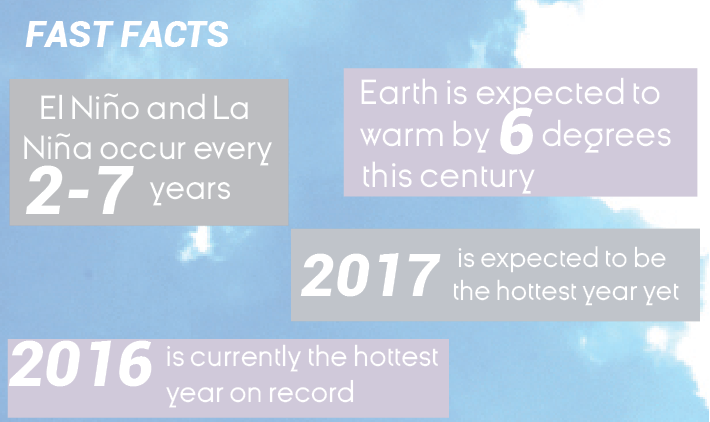 Kansas always has had unpredictable weather. There’s always nice 70-degree weather for a week in the middle of February, it’s snowed in May and earlier this summer it was 60 degrees. The next three months usually begin to cool down, but this fall, the U.S. is going to experience above average temperatures, especially in the central part of the country.

However, areas in the Northeast will experience temperatures colder than usual.

Another addition is El Niño and La Niña— the cycling of warm and cold temperatures — though it is not expected to occur in 2017.

The National Ocean service said the development of these two cycles can create abnormal weather patterns throughout the world.

According to the Weather Channel, the main cause of the upcoming warmer months is climate change.

Before it’s time to bring out the sweatshirts and hot chocolate and start enjoying everything we love about fall, there’s a couple warm months ahead to get through.