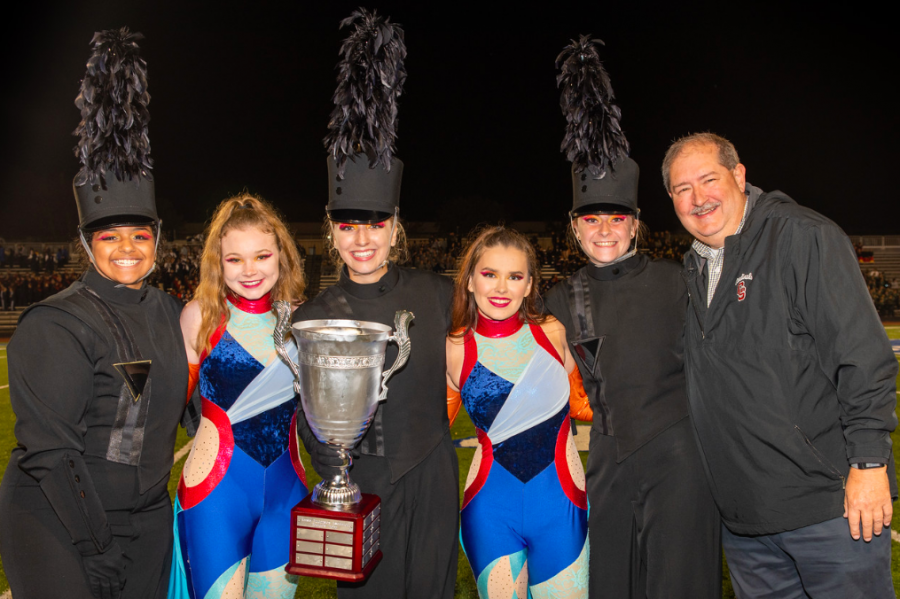 The Blue Valley Tigers marching band competed in the Kansas Marching Band championship at Washburn University on the weekend of Oct. 19. After months of preparation for their show, “Glow,” Colorguard performers and band members alike were eager to see their hard work pay off.

After the preliminary round, the band was in second place with a score of 84.85, but they weren’t satisfied with that. After a break and a good warmup, they took the field once more for a final run.

Once the second performance was complete, it was time for awards. Blue Valley was announced as the winners of the competition, and the new Kansas Marching Band state champions.

This is the first state championship for band in Blue Valley school history. The band placed first out of 27 teams, with a score of 87.68 – the highest score in school history as well. The band also won the award for High Music.

With this being the final competition of the band’s season, the members were glad to end on a high note. Nonetheless, they are already looking forward to second-semester performances, with recruiting and sign-ups for Winterguard underway.

They hope to continue the successes from marching band season, bringing home more trophies (and donuts!).