Pro Phone or No Phone? 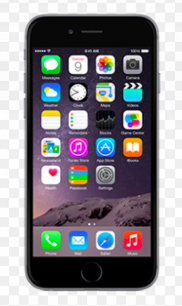 Since the introduction of the smartphone in 2007, the debate over its benefits and disadvantages has been a heated topic of discussion.

Its place in the classroom, as well as its effects on teen’s mental health, became the deciding factor for Blue Valley’s administration to properly enforce the removal of phone-usage in the classroom setting.

This idea has been one of many that have been introduced to the district by staff members, including principal Scott Bacon. During the welcome-back meeting at the beginning of the new semester, Bacon described the hundreds of benefits that phone removal would have, not only on the school’s overall performance but on the mental well-being of the students.

Because phones have become such a vital part of societies’ social, mental and emotional survival, the idea of restricting phones in high school seems like the ultimate nightmare.

When the idea of phone removal was introduced, Freshman Zane Burton, along with the majority of students at the school, was not pleased. “I think phones are important for us, especially in the society we live in,” said Burton. Because phones have been a key feature in how we interact with one another, being without one for the majority of the day seems like it would impact the social aspect of high school.

Although students might see the removal of phones as the ultimate punch to the gut, several staff members seem to have an opposite perspective. Business teachers Kathy Peres and Madi Plankers used their experiences as teachers who have taught prior to the extreme use of phones to explain why phone restrictions in the classroom could be more beneficial than most would think.

“Phones are such an important part of students’ social lives, but mental health is such a big deal now,” Plankers said. “If this is a way we could improve the current issues revolving around mental illness, I am all for it.”

When it comes to teenagers in today’s society, mental health and wellbeing seem to be most at risk. The stress and anxiety that comes from viewing stories and snaps about the latest party that some missed out on or rumors that are spread via pictures and texts have been shown to weigh on students’ minds at an unhealthy amount.

“If students can have a few hours out of their day where they don’t have to worry about what’s going on through the screens, I think they would be much better off” explained Pieris.

The phone usage policy in the classrooms of Blue Valley will be analyzed at the end of the year to determine its effectiveness. Pro phones or not, it is safe to say the future of phones at school will continue to be up in the air.