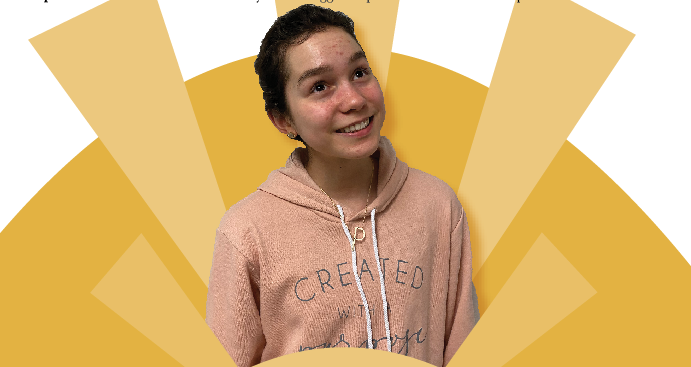 Within the month of February, our school hosts its annual Sweetheart Dance. Many students look forward to this event and all of the unique traditions that come from it.

One tradition is that girls ask boys to the dance instead of the traditional way of boys asking girls.

Another exciting feature of this year’s sweetheart was that the students had the opportunity to pick the event’s theme.

Student Council members decided to have students choose which theme they wanted via a questionnaire. The options for this year’s theme were the Roaring ‘20s and Disney, among others. While quarreling between many possible themes for the night, the Roaring ‘20s ultimately won the vote.

“We narrowed it down so that the school can actually choose,” junior class president Piper Puccetti said. “Sometimes people are upset with the themes that we choose, and so this time [they had] the chance to choose.”

When deciding the themes of the dances, the officers and reps in StuCo for each class came up with a few themes and presented them to the executive officers. After that, they moved onto one of their Friday meetings and put them up on a board for the entire StuCo group to vote on.

Once the narrowed them down, they decided on preparations and ideas of what they would potentially do for that particular theme. Then they voted for a final time.

“I’ve always recommended Great Gatsby as a theme idea because I think the decorations are super exciting,” Puccetti said. “It’s going to be a really fun day, and it’ll get people excited to attend.”

Puccetti is on the decorating committee this year and hopes to incorporate the famous Gatsby movie into decorations.

Elements of the Great Gatsby fantasy are the biggest hope for the decoration committee. This all comes from the book’s lavish 1920s setting, Puccetti said.

“I really want to make it like in The Great Gatsby movie with the big party scene,” she said. “It would be so awesome to incorporate a lot of that into our decorations, have loud music and have people [feel] like they’re back in the ‘20s.”

Decorating for dances can be hard work, and the committee welcomed volunteers. The Roaring ‘20s sets back to the 1920s and all of the pivotal changes that decade brought. Mostly known for flappers and parties.

“We prepare decorations, probably like a month out from when sweetheart is,” she said. “Then we actually decorate for Sweetheart the morning of just like we do Homecoming.”

Setting up all morning makes for a hectic day, but on account of the whole school, it’s always worth it.

“The ‘20s is a popular theme,” Puccetti said. “Our school is determined to make it memorable with fresh inspiration.”