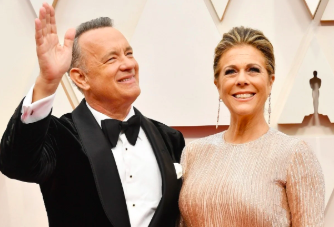 On March 11, actor Tom Hanks tweeted that him and his wife Rita Wilson were recently diagnosed with coronavirus.

The couple are in Australia and after noticing some cold-like symptoms, they were tested positive for COVID-19.

“We felt a bit tired, like we had colds, and some body aches,” Hanks tweeted. “Rita had some chills that came and went. Slight fevers too.”

Now both him and Wilson will follow the Medical Officials’ protocols.

“We Hanks’ will be tested, observed, and isolated for as long as the public health and safety requires,” Hanks tweeted.

Hanks has now become the face for the spreading virus, which is now becoming an international panic for public health.

Prime Minister of Australia Scott Morrison said the virus would spread around the globe, one of the first world leaders to do so.

“We believe the risk of global pandemic is very much upon us,” Morrison said two weeks ago. “As a government, we need to tale the steps necessary to prepare for such a pandemic.”

Since then, the country has reported 128 cases of COVID-19 according to The New York Times. Under Canada’s public health system, all medical tests are free in Australia and this Thursday, a lawmaker responsible for the federal health care said there are enough test kits for 16,000 patients to the Canadian Broadcasting Corporation.

As for the Hanks they will following the directions from Medical Officials.

“They’re going through the necessary health precautions,” their son Chet Hanks said on Instagram. “I don’t think it’s anything to worry about.”