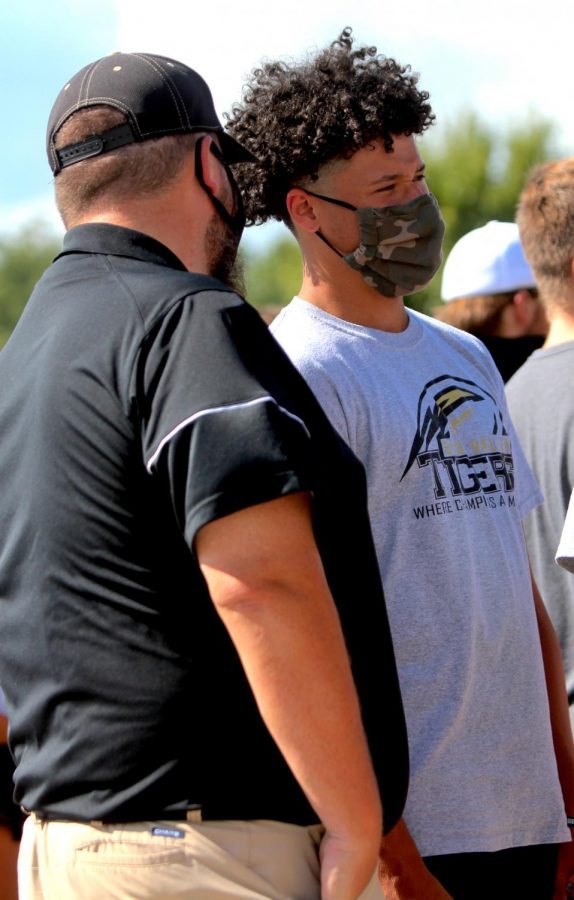 On Aug. 27, hundreds of students, parents and teachers stood outside the Blue Valley School District Office after the announcement of fall activities being remote.

The decision came after the Blue Valley Board of Education’s meeting, where they voted to follow the Kansas Department of Education’s gating criteria for the coronavirus rather than Johnson County’s.

Senior football player Ben Brown attended the protest after his teammates brought it to his attention.

“I attended the rally because it’s important to me that we have a football season,” Brown said. “I went to support our team and other sports that take place in the fall.”

“They’re a choice to participate in just like they’ve always been — no one is forcing someone to participate or be around the people who do,” Day said. “I’d just like an explanation from a board member on why two people can’t social distance on a 78-feet tennis court and play.”

Despite around 8,500 Johnson County residents infected with COVID-19 and 118 deaths, Day and Brown were not apprehensive in attending the protest.

“Being in a crowd and potentially being exposed to [the] corona[virus] wasn’t even on my mind while I was at the rally,” Day said. “I’m not worried about getting it, and I know people will call me selfish, but I have multiple high risk family members that have supported me throughout the past six months and everything has been fine because we’ve been smart about it.”

The group chanted “Let them play,” with support from students across the entire district. 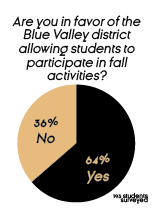 “It amazed me how every team put aside rivalries and truly respected each sport and activity that was there being represented,” Day said. “It didn’t matter what school you were from.”

On Friday, Sept. 4, the district opened up all fall activities due being in the yellow zone for the gating criteria. Activities will be re-evaluated Oct. 2; however, competitions will be restricted from the Kansas City area, and safety measures will be put in place throughout practices.

“It’s rejuvenating to find out the district approved the football season this fall. Knowing it was in jeopardy for so long really forced a lot of us, seniors especially, to lose hope,” Brown said. “This is probably the most we’ve ever needed football in our lives, and we’re all glad that it’s going to officially happen.”