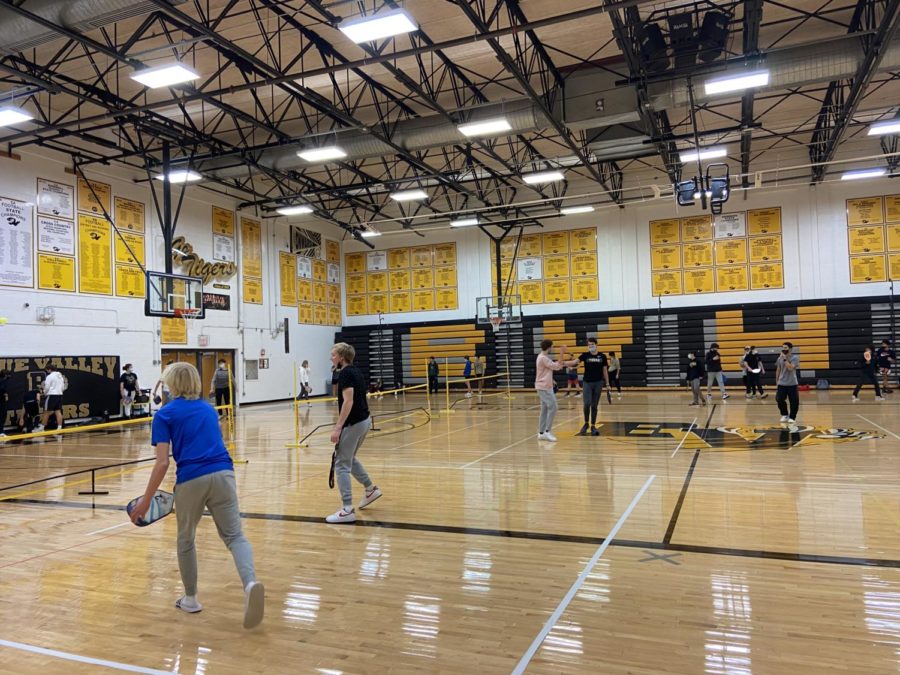 Junior Jehan Amrolia decided to start a Pickleball club at BVHS this year.

He wanted to start the pickleball club as something fun for students to do and get involved in.

“I like pickleball and I thought people should know how to play,” Amrolia said. “My friend’s dad, he’s been trying to get [pickleball] in the district as a sport, but they haven’t been really wanting to do that so I decided ‘Why not start a club instead?’”

Amrolia also loves playing Pickleball and wants others to be able to experience the game.

“I started [playing] in the summer of my freshman year,” said Amrolia. “I’ve just caught on to it since it’s like a small version of tennis, except I’m actually good.”

In order to start a Pickleball Club, he had to first make sure people would join and also find a sponsor for the club.

“I didn’t want to start the club without anyone joining. I started asking around with my friends saying, ‘Hey, if I did it, would you 100% join the Club?’” Amrolia said. “After I got a handful of people to say yes, I knew the one person that would no-matter-what sponsor me would be Coach Stock. The main reason that I asked her is because on the last day of school last year we played [pickleball] against each other so I knew she’d sponsor it.”

Amrolia encourages students to join the club no matter their skill level or experience.

“Anyone can join the club. There’s a google form to fill out and then you can just text me and l will just add you to the GroupMe,” he said. “Or, you can just show up Fridays during Tiger Paws in the main gym.”

He wants to make sure the club is a welcoming and fun environment for everyone.

“If you’re very unsure [of how to play] you can always just ask the people around you,” Amrolia said. “It’s a club, so we’re there to have fun.”

Amrolia has had an unexpectedly high number of people already join the club.

“I wasn’t ready for the amount of people to join — I was under the impression that we only get 15 or 20 [members],” said Amrolia. “We have around 70 members, so it’s growing pretty fast.”

Right now, he has the main gym booked for every Friday until winter break during Tiger Paws A and B so that everyone gets a chance to play and have fun.

“It’s Tiger Paws A and B so people can just come and go,” said Amrolia

To make sure everyone gets to play, members are playing doubles, and players are playing until one team gets to three points. Amrolia has lots of ideas for his club and is open to any ideas others have for the club.

“There are other pickleball clubs in the other schools. I want to reach out to them and organize an inter-school competition, like a tournament,” he said. “I also want to do fundraisers for Wigs Out and then Tiger Pride — I just want to work with the school in general. I only have one more year at school [so] I might not be able to accomplish it, but I can spread that idea down to sophomores and freshmen.”