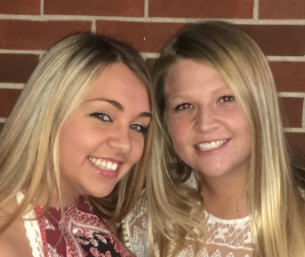 There have been many issues with bullying in schools starting at a young age and continuing into adulthood. Students are being attacked with words face-to-face, over social media or even just behind one’s back.

Bullying is not OK, and it has caused problems with students and their families. Students are becoming very depressed because of things other people are saying to them.

Words hurt and sometimes others don’t know how bad their words hurt until they actually did damage to that one person that couldn’t handle it anymore.

You don’t really know how bad a person is hurting until you haven’t seen them at school as much, they are acting different or they just aren’t in your life anymore.

Most of these reasons are due to bullies.

What the bullies don’t see is that their victims are the one’s that are actually being physically hurt by everything. They don’t know what is going on in their victims lives — they just enjoy seeing them in pain so they don’t have to suffer from their own pain. Bullies think it is cool to bully and be mean to others when it really isn’t.

There are many ways you can stop bullies.

Stand up to them, show them that you are not afraid of them and they can’t do anything to hurt you.

It might sound hard, and it might not be your ideal way to deal with a bully, but if you show someone that you are the bigger person and you know how to handle your own battles, that person will soon realize that they can’t mess with you anymore.

The problem with bullies is that they th

ink they can run your life when it is your life to run. Bullying is triggered by other people.

In one case, a student was being called names and being made fun of and that is what started him onto bullying others stated in the NY Times.

As we are all taught as children “sticks and stones may break my bones, but words will never hurt me.” We should all live by that and not let bullies get in our heads. As hard as that may sound, it is 100 percent possible — we just have to try.