Public needs to understand why n-word usage is insensitive 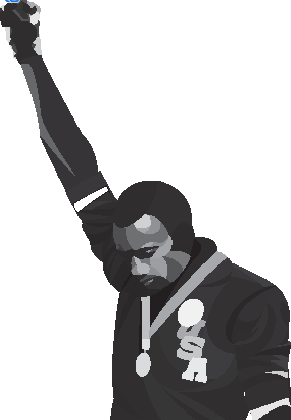 When I was 6 years old, I was too young to understand racism. I saw people as people, nothing else.

Although I was only 6 years old, my father sat me down and told me stories about my grandparents fighting for basic human rights as black people.

He told me about how they had to defend themselves against the police — people we should trust. My dad sat down and explained “a word.”

He only said it once, but I learned from that point on that it was worse than anything I’d heard on TV. It had nothing but pain and suffering attached to it and was used to bring people down. He was able to explain to a young child who confused the numbers 6 and 9 together that it was a word she should avoid.

Being able to say the N-word is a debate that people have been arguing about for decades, and I find it hard to understand why. Recently, the popularity of the word in American culture leaves many defending themselves for the right. In 2018, Americans are still debating whether it’s OK to be racist. And to be specific, I mean everyone that’s not black.

I’m sorry if pointing out your race makes you uncomfortable, but it’s necessary.

The word comes from the violence and pain that black people in America faced for centuries, from slavery to the civil rights movement. Slavery was a long time ago, but humans — specifically white people in America — literally owned other humans and left impacts that still affect us today.

The fact that I can’t even spell the word out is saying something. We’ve been taught since first grade that judging people based on their skin is wrong — it’s not a complicated concept. I still remember my first grade teacher telling my class who Martin Luther King Jr. was and what he stood for.

When discrimination in schools was put to an end, when blacks and whites could eat in the same restaurants and when everyone could use the same restroom, we came closer to ending racism.

Of course, racism wasn’t ended with a piece of long-awaited legislation, but the idea that everyone should be treated equally regardless was a simple concept many agreed with.

With that, the N-word is a word used to put black people down in slavery, during Jim Crow and even today. The argument that, “Black people can say it, why can’t I?” makes little sense. The word was reclaimed by black Americans who were used to being seen as inferior. The word belongs to black people, and it’s become part of the black identity. What truly is going to happen to you if you don’t use a certain word?

According to the Oxford Dictionary, there are around 170,000 words in the English language. I think you can avoid saying one of those 170,000 words to avoid being seen as ignorant. If you’re unable to avoid one word that has a harmful connotation, then that’s just plain ignorance.

People have become desensitized to the word, and that’s a problem. It doesn’t need to be said in every other sentence. It was used by blacks as a way to reclaim and fight against racism. There’s never a time when you absolutely need to say it. And I promise you that you can live without saying that one word.