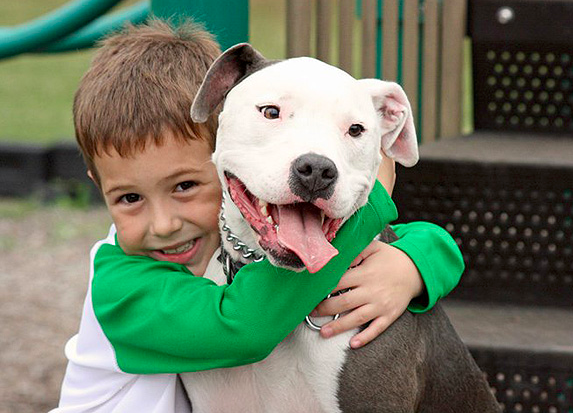 Banned in several counties and states across the country, the pitbull breed has an unfair reputation for being ‘dangerous’ dogs. Sure, one can argue that there has been unfortunate cases of the dogs attacking people, but this aggressive behavior comes from the way their owners raise them.

Dog fighting, for example, recruits pitbulls for their appearance, with muscular bodies and a tough-looking face, and forces them to develop an hostile temperament in order to survive. These dog fighters train the animals from a young age with inhumane tactics, like starving and beating the poor animals. This adds to the dogs’ mistrust of humans. So, if one of these mistreated animals attacks a human, can you really blame it?

No dog is born naturally vicious, however. These traits are developed and influenced by environmental conditions and upbringing. Pitbulls, when raised correctly, are a loyal and gentle family pet. In fact, they are sometimes referred to as ’nanny dogs’ due to their loving dedication towards their owners.