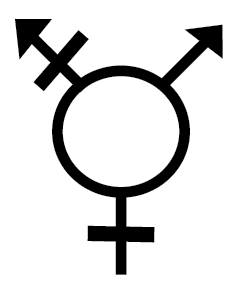 By their very nature, gender-neutral bathrooms are more inclusive. While standard segregated restrooms have subjected members of the transgender community to judgment and undue punishment, unisex restrooms would help to eliminate this controversy.

Not only would this be an improvement in safety for transgender people, but it would also serve as an ideological victory by sending a message of inclusivity.

Parents with young children wouldn’t have to search, often in vain, for single-stall family restrooms while in public spaces. This effectively would make bathrooms safer for young kids, while putting their parents, especially single parents, at ease. The same can be said for people with disabilities and their caretakers.

Some argue gender-neutral bathrooms invite harassment or even assault.

The simple fact is that this claim is fallacious. However, it has been used as an effective fear-mongering to dissuade people from accepting this much-needed development.

It’s time to create a more modern society that is accepting of everyone, and one of many steps toward that goal is the expanded usage of unisex restrooms. While it won’t solve all of the world’s injustices alone, it is not an issue that should be disregarded.

While some differ from that opinion, voicing their many opinions on bathrooms and who should use which one, it has become more and more widely accepted that transgender people should be allowed into the gendered bathroom they identify as. The issue here is that the minority is loud and vehement about the usage of bathrooms.

The bathrooms in question would have to have some level of regulated security. Due to allowing both female, male, and gender-nonconforming people, these bathrooms would have to deal with preventing harassment from others around them who are using the bathroom.

On the other hand, harassment in bathrooms occurs no matter the bathroom.

Male and female bathrooms are a good example of where harassment can occur, especially in schools. Restrooms are notoriously a touchy subject, and the addition of another bathroom is making people unsettled but in the modern-day, we are due for progress.