Bv Arts Programs are not Underappreciated

the Blue Valley community supports the arts despite what students say 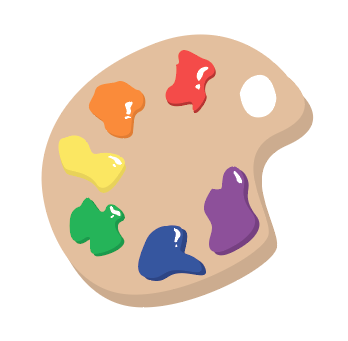 “Of course the football players get that.”

“No one pays attention to the theatre kids.”

“All people care about is sports.”

These sentiments are often heard coming from the mouths of complaining arts students, always talking about how the arts are underappreciated at this school and how the staff and student body only care about, say, the football team. However, I argue that, at least at BV, there is an equally supportive community surrounding both sports and the arts.

One of the main complaints of many involved in the arts program is that there is only school spirit for sports, and that the arts are often made fun of or ignored. Yet, Dec. 12, the day of the annual holiday choir concert, Tiger Pride came and sat through the full hour-long performance, complete with cheers and affirmations as the choirs sang and danced. In addition, when the band won State, they were met with many students who were just as proud that our marching band won state as we would if football had done the same.

Not to mention, each performing arts program is allowed time to perform in front of the student body multiple times a semester, which can’t be said for the sports teams that have to try to bring students to the games after school, instead of having matches or games that are mandatory to attend during school hours. With all of this support, how could one argue that the arts programs are underappreciated?

While I do not understand the complaints from the students in regards to support from the staff and student body, I do understand the gripes about the lack of support on a district-wide level. Arts programs are severely underfinanced, which leads to an outdated PAC with a broken sound system, a lack of little theatre, and problems in traditional arts programs such as tight material budgets. These programs are left on their own to come up with the funds to support the cost.

Although there is a reason to argue that the district does not fully support the arts, it is safe to assume that BV is giving the arts equal, if not more, opportunity to shine. I’ve never been to a basketball game at BV or a swim meet, but all of the other students and myself have seen the orchestra, marching band, choir and theater department perform countless times.

Although the students that are advocating for themselves for support for the arts, I believe that instead of demanding special treatment and extra attention from students who aren’t interested, they should be fighting a larger and more meaningful nationwide battle for support of the arts instead of trying to win a battle that has already been won.