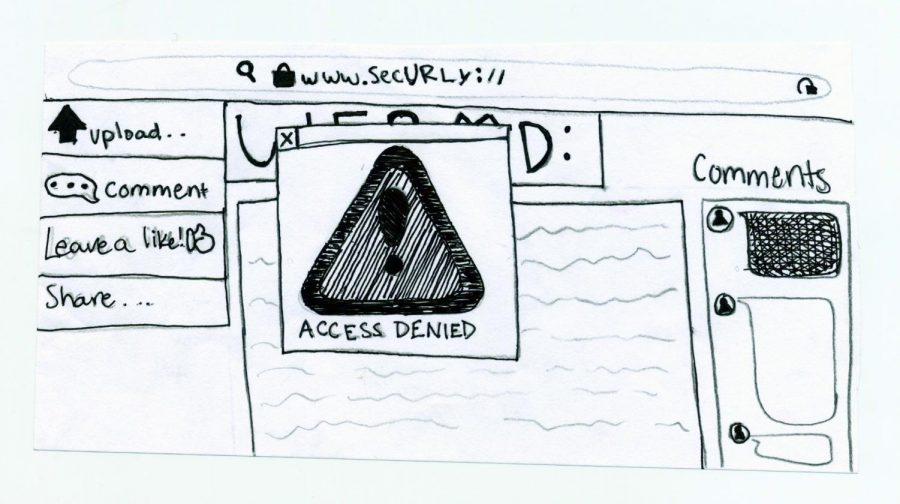 This past September, Blue Valley librarians revealed an exhibit in celebration of Banned Book Week.

The display featured numerous novels and comics that were previously banned from public schools by the American Library Association (ALA) for containing improper items such as “inappropriate language” or “sexual content.”

The librarians and staff took this week to bring to light the importance of book censorship and how it can simultaneously protect a student and hinder access to diverse information.

In the spring of 2019, students in grades 9-11 will receive personal, school-provided MacBook Air laptops and will begin utilizing them in the classroom.

But with this new, modern resource comes a set-back — Securly.

When students use a school laptop off-campus, the computer requires users to login daily to Securly, a software that filters any non-Blue Valley Wi-Fi networks.

Every public school across the nation follows the Children’s Internet Protection Act (CIPA), which was signed Dec. 21, 2000. The law requires that K-12 schools in the United States receiving federal funds install blocking software to protect students from “harmful online content.”

It was one of a number of efforts set forth by Congress to limit students access in schools to subject matter that is obscene, pornographic or harmful to minors.

But the way many schools interpret this law has brought into question whether the motive is still student safety or online dictatorship.

The ALA reported in “Fencing Out Knowledge” — an analysis of CIPA 10 years after its enactment — that schools overreaching with filtering software were putting education at risk.

Controversy arose in 2011 when the American Civil Liberties Union spoke out against the act, claiming students were routinely experiencing web filters blocking access to groups such as the Gay-Straight Alliance Network, along with LGBT anti-bullying resources and other items related to LGBT.

By censoring the wide-web, schools are inevitably disservicing a generation of technologically advanced students, and should instead search for alternative solutions.

In place of internet blockers that limit access to sites and social networks, faculty should be trying ways to utilize them in an educational manner.

If a concern is easy entry to unsafe content, students should be taught skills to become savvy searchers rather than relying on web filters to evaluate the relevance of information.

Instead of allowing an artificial software to determine what’s unsavory, teachers should take a more active role by personally inspecting and manually allowing students to access blocked videos or websites.

The internet provides opportunity, and while we should take some steps to ensure safe-searching, those steps should include educating students and not hindering internet blockers.