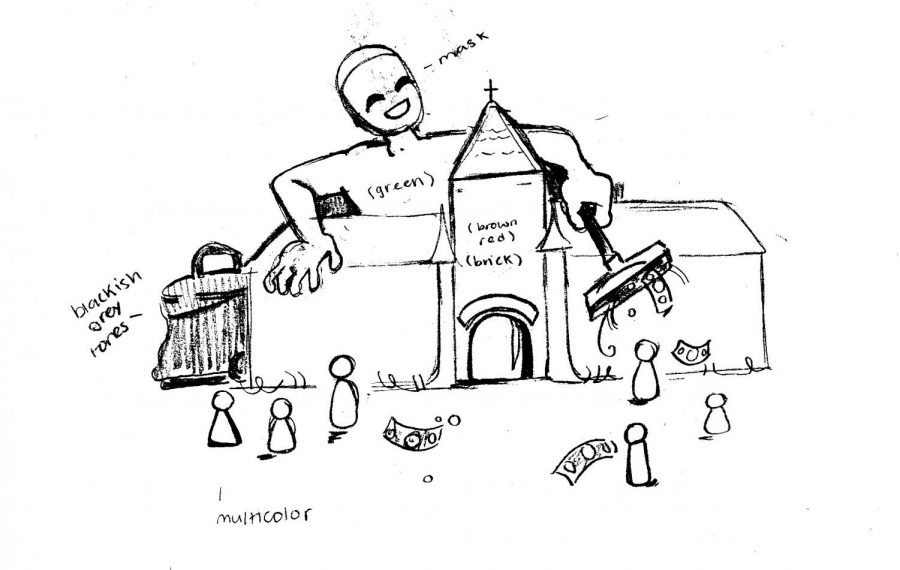 With the recent scandals of bribery being used to gain admission into prestigious universities, the process of college acceptance, and the higher education system as a whole, has fallen under scrutiny.

These events reveal a crucial fact: the American higher education system needs to be restructured.

According to The New York Times, the cost of tuition at public universities has nearly quadrupled over the past 35 years. Furthermore, about 40 million borrowers owe $1.5 trillion in student loan debt.

Essentially, people have to offset the cost of college to be paid later in life – often at a higher price.

As summarized by The New York Times staff writer Paul F. Campos, “It is disingenuous to call a large increase in public spending a “cut,” as some university administrators do, because a huge programmatic expansion features somewhat lower per capita subsidies. Suppose that since 1990 the government had doubled the number of military bases, while spending slightly less per base. A claim that funding for military bases was down, even though in fact such funding had nearly doubled, would properly be met with derision.”

In addition, the expansion of administrative personnel has led to a larger group of people making significantly higher salaries than other university staff, in turn leading to a rise in tuition to offset the cost.

As stated by Campos’ article on the reason for high tuition costs, “increased spending has not been going into the pockets of the typical professor. Salaries of full-time faculty members are, on average, barely higher than they were in 1970.

Moreover, while 45 years ago 78 percent of college and university professors were full time, today half of postsecondary faculty members are lower-paid part-time employees, meaning that the average salaries of the people who do the teaching in American higher education are actually quite a bit lower than they were in 1970.

By contrast, a major factor driving increasing costs is the constant expansion of university administration.

According to the Department of Education data, administrative positions at colleges and universities grew by 60 percent between 1993 and 2009, which Bloomberg reported was 10 times the rate of growth of tenured faculty positions.”

This high cost tuition epidemic will not be resolved until the American public demand a fairer educational system.