Peggy Rose coaches, teaches at BV for over three decades 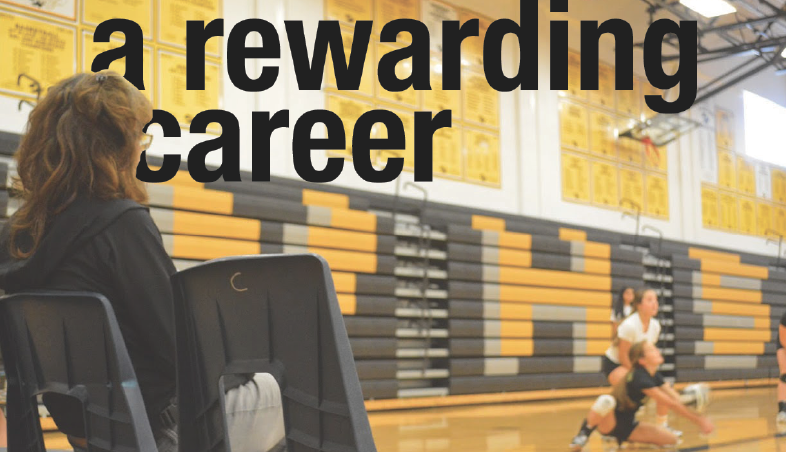 Peggy Rose, also known as P. Rose, is a friendly face in the halls of Blue Valley.

Many don’t know that Rose, a health teacher, track coach and volleyball coach, has coached and taught at BV for 35 years — originally starting in 1981.

Rose said she first fell in love with the game of volleyball during college, where she ran cross country and track and was introduced to the sport while playing intramural volleyball.

“At the time, I had never played in high school, but I was involved with the club volleyball team,” Rose said. “I loved it, and as I started playing more, I continued to study the game.”

Coaching the Freshman A team since 1981, Rose said she enjoys this age group because she has the best chance to teach her athletes sound technique while fixing incorrect form.

“The game has evolved so much over the years,” Rose said. “Now, freshmen are coming in with years of club experience. Fundamentals are so important — even with their experience, you have to teach them specific technique, in order for them to be successful. Repetition is key. As they learn something new, they have something to build on.”

Rose said she continually pushes herself to learn more about the game, even as a coach.

“Over the years, I’ve tried to evolve as a coach, so I can stay ahead of what I know and keep learning,” Rose said. “I have several mentors around Kansas City that I call and ask, ‘Ok, so how do you go about teaching this?’ That’s one of the things I’ve learned — you can’t be too big to ask questions.’

Varsity coach Dave Johnson said Rose is an integral part of the program not simply because of her coaching skill, but because of the ways she treats her players.

“Peggy — she’s, awesome. She is so in control — she takes great care of the incoming freshmen, with scheduling and helping them transition into high school. She cares for them all so much — she’s there for the athletes.”

Rose said the most rewarding thing for her as a coach is seeing the players progress and grow as they get older, along with the relationships she builds with the students and their families.

“[The best part] is watching my players move through the program,” Rose said. “I’ve gotten to know the kids really well, and I get to know their parents too. Multiple times, I know the freshman coming in, I know their families and am coaching the third or fourth person in their family — that’s always fun.”

Johnson said Rose has completely shaped the program to be what it is today.

“Peggy’s been at Blue Valley way longer than I have, but I’ve absolutely loved working with her,” Johnson said. “She’s always on top of things — she is there all the time, working hard. Peggy’s such a huge part of this program, and she’s our family — we love her.”