The Game that is Expanding Worldwide 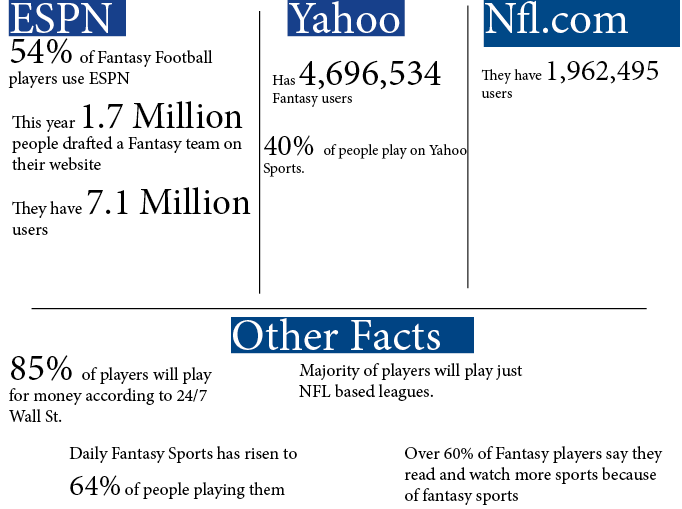 Fantasy Football is one of the most popular online games these days. Everywhere you look, you hear people in the talking about how good their team did and always looking up injuries. Fantasy Football makes people more interested in the NFL. Recently i conducted a few interviews to learn more abo

ut the game. One of my interviews involved freshman Sean Pleimann who has played for four years.

“Fantasy Football is fun experience and I like competing with my friends.

It’s kind of similar to a video game but with real life players” Pleimann said.

“I don’t really look up facts. I don’t take it that seriously, but I know that some people that do it’s like the highlight of their weekend” said Willeford

Pleimann also had some input on that as well “ Fantasy Football is just a game — it isn’t a life or death situation”.

Willeford also went on and said when asked him about any draft strategies he has. “[Not really well] it depends on where you pick in the draft then it starts from there