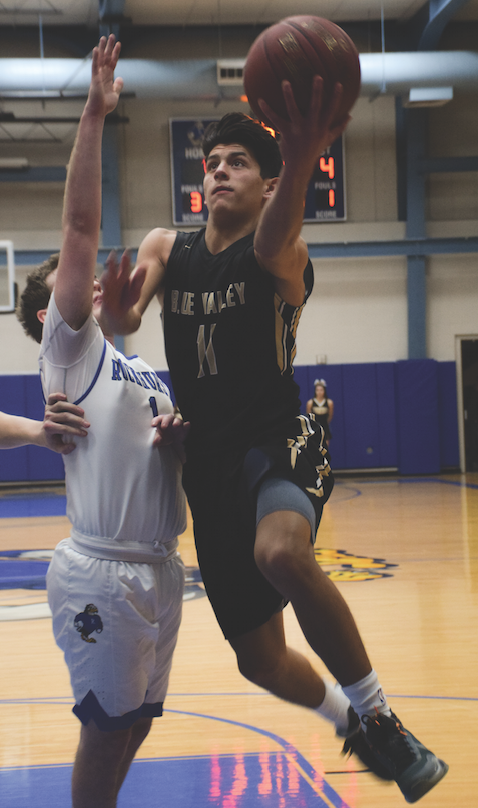 Being one of the biggest games of the year, both teams fans filled the Blue Valley High bleachers.

Tiger underclassmen usually struggle with school spirit, but this basketball season they have contradicted that. Every home game so far the underclassmen have made a huge appearance.

The Tigers were off to a good start with a score of 21-15 at the end of the first quarter. As the game went on, the Northwest Huskies got in the grove and tied the game 32-32 to end second quarter.

With the continuous cheers and huge fathead cutouts, the senior Tiger Super Fans helped keep the student section fired up. While the teams were in the locker rooms during halftime, the cheerleaders performed their NCA cheer as well.

Once both teams got back on the court, it was apparent that the Tigers had a great halftime pep-talk as the pulled ahead 52-50 to end the third quarter.

The Tiger basketball team played a very hard- fought game but couldn’t pull through. The final score was 56- 65, with the win going to Blue Valley Northwest.