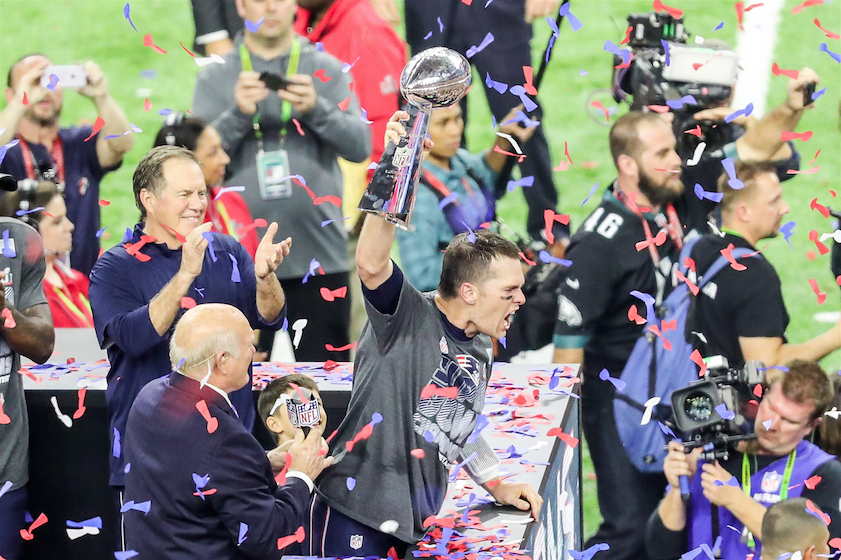 Last Sunday, Feb. 5, was Super Bowl 51, and man, it had incredibly controversial results.

It felt like nearly everyone was rooting for the Atlanta Falcons as the New England Patriots had already won the Super Bowl four times in the past.

However, not everyone was upset about the outcome.

Fans flocked to Twitter, posting pictures of goats in reference to Patriots quarterback Tom Brady and creating memes in honor of the Falcon’s loss.

Junior Garrett Menees said that the 2017 Super Bowl was a phenomenal game, and it definitely ranked high on his list of the greatest playoff comebacks of all time.

“I was rooting for the Falcons all the way,” he said. “I’m not a fan of either of these teams, but I figured the Patriots have had enough time in the Super Bowl spotlight during the Brady-Belichick era.”

Although Menees doesn’t mind Brady, he said it’s fun to make fun of him.

“Let’s face it, not many people like him other than Patriots fans,” he said. “But he’s for sure one of the most skilled quarterbacks in NFL history, and he deserves all of the accolades he’s received.”

Menees said that the Patriots offensive line was being destroyed towards the start of the game, but after halftime, they were allowing fewer and fewer hits on Tom Brady and so they were able to recover.

“The Falcons defensive backs were putting a tremendous amount of pressure on [Brady], forcing him into hurried throws, one of which resulted in an interception, ending the first half with a measly 3 points,” he said. “But after halftime, the Falcons defense straight up collapsed. Their cornerbacks were getting beaten on almost every play, which is never good against Brady, and their defensive line was no longer getting as much penetration.”

Junior Christian Hansen, who said he’s been following football and the Patriots for as long as he can remember, agreed with Menees that the Falcons did well until halftime.

“I was extremely happy when the Patriots came back from a 25-point deficit because obviously, that’s my team,” Hansen said. “But Atlanta had a great game until the halftime.”

In response to the cheating allegations, Hansen said that there was only a small chance of fraud.

“When it comes to the cheating accusations, while there is definitely some possibility of tampering of the game, it is always so minuscule,” he said.

Menees said his prospect for the next NFL season is that the Chiefs take a new quarterback in the draft.

“[Chiefs quarterback] Alex Smith is efficient,” he said. “Unfortunately, he doesn’t have a great arm for throwing down the field greater than 20 yards, and with all of the speed threats we have on our team, our offense would be far more productive if we faze Alex out. [But] my main hope for the 2017 season is a return to the playoffs for KC.”

Meanwhile, Hansen’s expectations for the next season revolve around Brady.

“My hope is that Brady wins one more Super Bowl to become the undisputed greatest of all time,” he said.