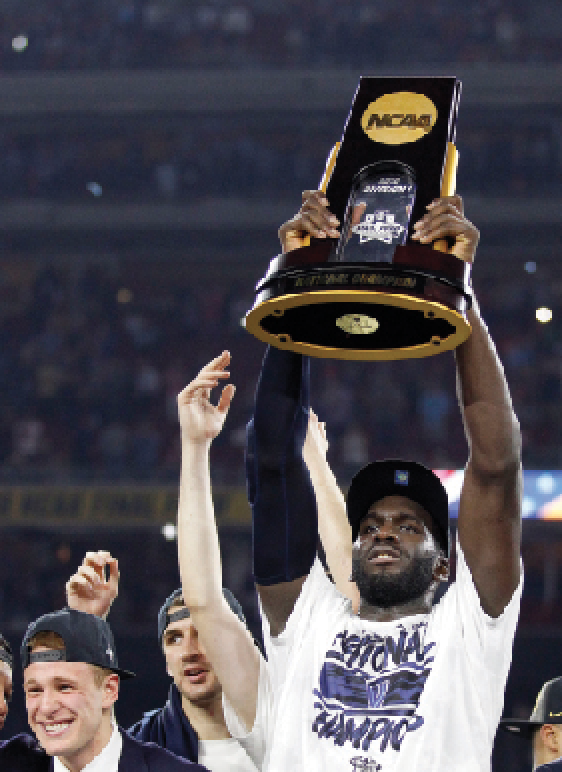 After that, it’s up to the Selection Committee to pick the remaining teams based on strength of schedule, win percentage and other criteria. A total of 68 teams make the men’s tournament each year.

The nickname “March Madness” originated in Indiana in 1908 as the name for their high school basketball State tournament, and was brought to the NCAA tournament by sports broadcaster Brent Musburger in 1982, according to slate.com.

The bracket is split up into four main regions with 16 teams in each region. Two of the regions also have a play-in game in a round called the “First Four” to even make it into the main bracket of 16 teams per region. In each region, the teams are seeded best to worst from 1-16.

The first two rounds took place March 16-19 across the country. The Sweet Sixteen and Elite Eight began March 23. One of the sites for the 3rd and 4th rounds is the Sprint Center, and it was the first of any region or the Final Four to sell all of its tickets. The Final Four begins April 1 in Phoenix. The winners of each Final Four game proceed to the National Championship game on April 3. 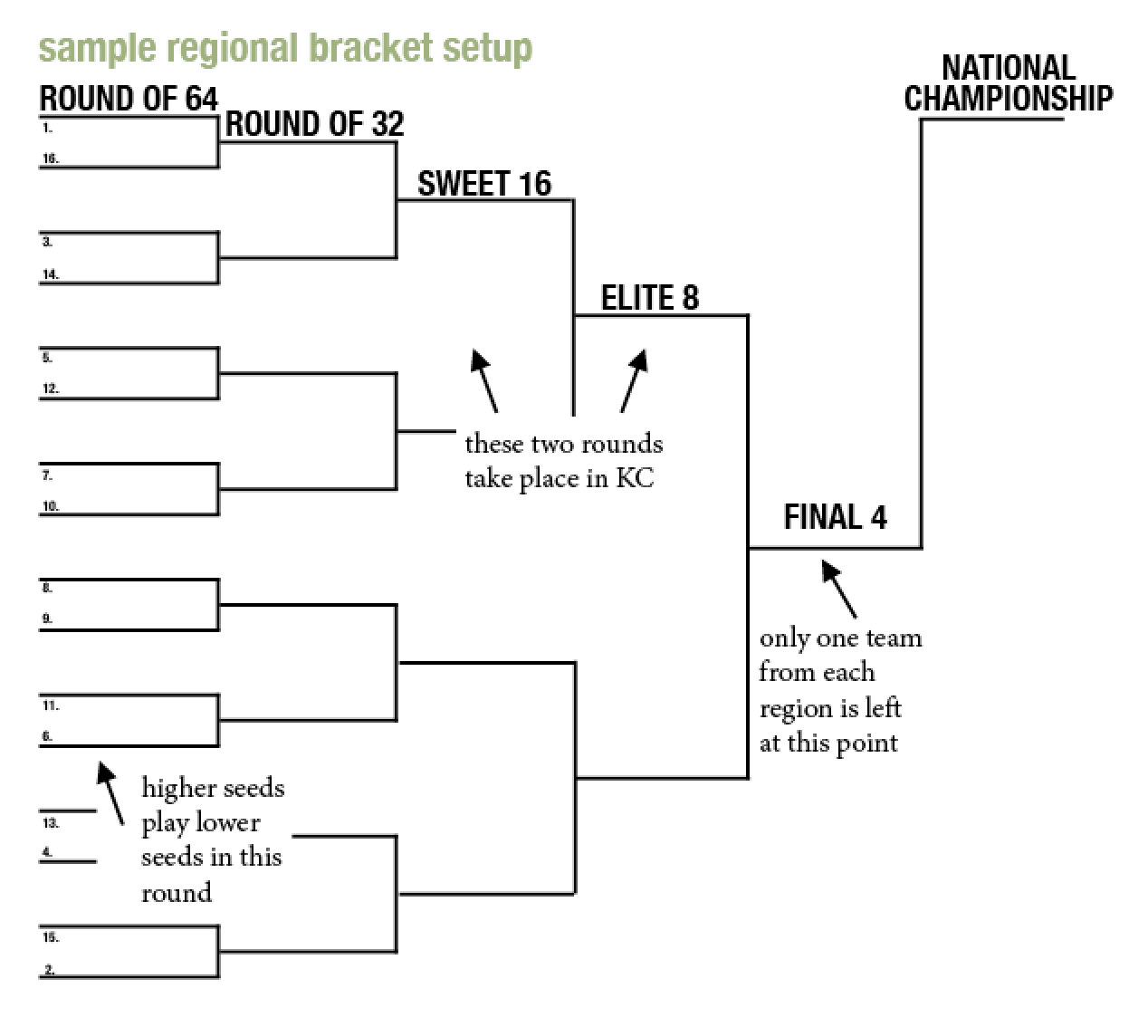