BOYS just want to have FUN 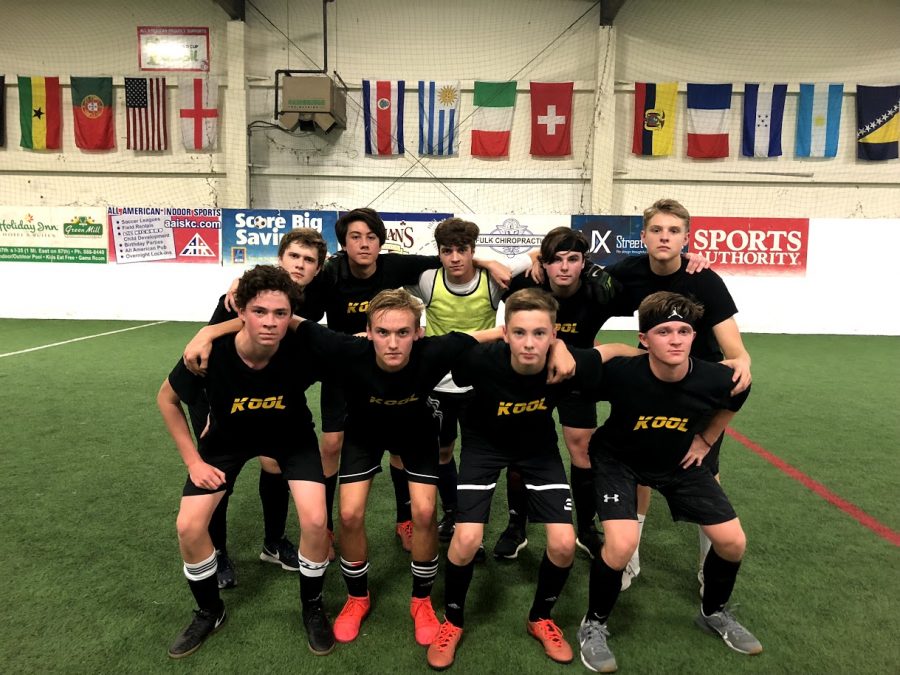 Being a student athlete is a great way to be involved in high school and bring out school spirit. However, limitations of size and skill level prevent high school coaches from accepting everyone onto the team. This year’s soccer season was no exception; only five juniors, including one exchange student, made the BV boys soccer teams.

Instead of lamenting on getting cut from soccer, juniors Ken Akimoto and August Liberty decided to create a recreational soccer team with friends through All-American Indoor Sports.

“We really created a team to have fun with the boys,” Liberty said.

“Eight players are juniors, but we have one eighth grader onthe team named Kale Conaway, the little brother of Ken Akimoto,” Liberty said.

Akimoto’s younger brother is a part of the team, and his dad, J.R. Conaway is the registered coach. While coach Conaway doesn’t need to participate much, Akimoto’s brother Kale is a great addition to the team.

Being a player isn’t the only thing Kale has contributed to the rec team this year. His YouTube channel KoolKale99 was also the inspiration for the team’s jerseys. The jerseys feature the logos “Kool” and “KoolKale” on the front and back.

“We picked our jerseys from Kale’s YouTube channel,” Liberty said. “He decided to purchase some merchandise, which we thought would be a great representation of our team.”

Creating the team, and picking the jerseys are important aspects of the team, but playing the games is where the real fun happens.

Because it’s a recreational soccer team, there’s not much need for preparation or scheduled practice times.

“Rec soccer is more of a joke and meant to have fun in,” Liberty said. “We don’t really need to practice.”

The team also rotates team captains for each game. The MVP of the previous match gets the opportunity to be team captain and give the postgame huddle speech.

“Michael Lane was MVP of the first game, Hunter Wilcox for our second, and Thomas Wormington got it for the game on [Nov. 17], ” Akimoto said.

When Reál Chet FC Academy played their game on Nov. 17, they had only won one game. However, that didn’t keep them from having high hopes for a second win.

“We’re playing an all girls team next game,” Akimoto said, “so we’re either going to absolutely destroy them, or it’s going to be really weird, and we might not beat them.”

Their game was at the All-American Indoor Sports complex at 11:45 p.m. Despite the late start time and the all girl team opponent, Reál Chet FC Academy won 5-2, getting them one step closer to reaching their goal.

“Our goal this year is to get  four wins,” Akimoto said, “so we’re hoping to get there by the end of the season.”

Based on the season so far, the team plans on returning again next year. Although, Liberty said he thinks they will try to expand their team to have more variety of skill level and perhaps a bigger team altogether.

“We will definitely be making another team next year with more and better skilled players,” Liberty said.

While the team wants, loves and strives to win all their games, the ultimate goal of the season is to simply have fun.

“Win or lose, we just want to have a good time with our friends, whether they’re on the team or in the stands,” Akimoto said.