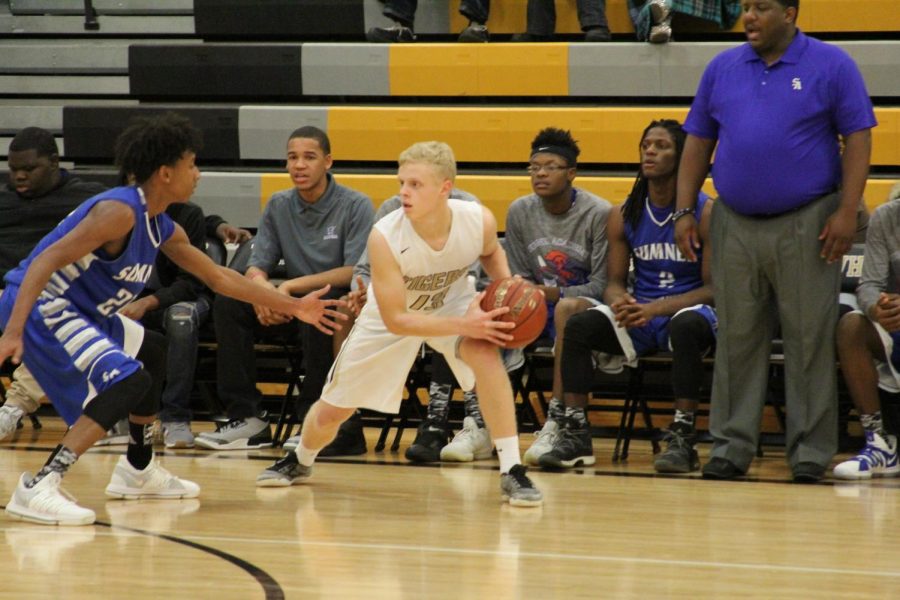 On Friday Dec. 8, the Blue Valley boys varsity basketball team faced off against the Grandview Bulldogs in the championship of the annual Rick Taylor BV Shootout. The Tigers defeated the Sumner Academy on Wednesday 83-67 in the first round, then defeated Olathe South 68-65 in the semifinals.

The Tigers started off the final round slow, only scoring 8 points in the first half, and found themselves doubled up by the Bulldogs’ 16. Throughout the first half, BV had a difficult time trying to break the full-court press of the Bulldogs. However even when they managed to break the press, they struggled to make shots and convert on their second-chance opportunities. The second saw even less scoring for the Tigers, totaling only 6 points in the second quarter, and found themselves down by 21.

In the second half, the Tigers’ offense still stalled, and they could never get a good offensive run to cut into the Bulldogs’ lead. The Tigers ended up losing the game 54-33.

The Rick Taylor BV Shootout marked the beginning of the boys basketball season for BV, and the 2-1 Tigers look to build on their 2nd place finish next week as they travel to Shawnee Mission North to face the Indians. They then finish up their 2017 schedule hosting Oak Park. After winter break, BV will open up the second semester hosting Rockhurst.