A sneak peak into the wonderful world of dog surfing 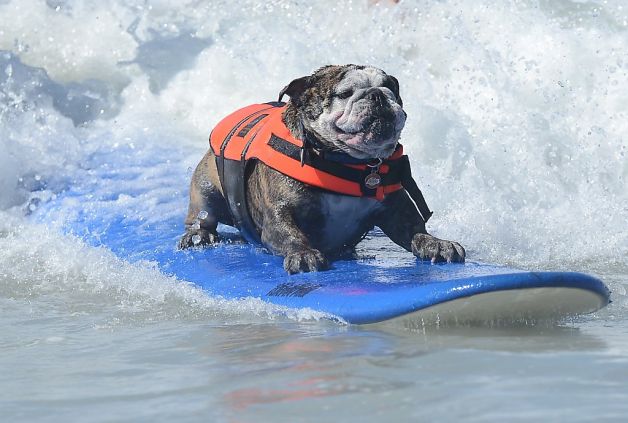 America’s beloved household pet can now participate in this tricky sport with the help of their owners. Despite what one might think, dog surfing has been around for almost a whole century, the oldest documentation of it being in the 1920s.

The sport holds an annual world championship in northern California every year, this past year being held on August 4th.

According to the official website, surfdogchampionships.com, the dogs are split up into different weight categories, ranging from “small dog surfing heat” to “tandem human/dog surfing heat”, where the owner and their dog surf together.

The dogs have ten minutes to get into the water and surf and then are judged in five categories, which they can earn up to ten points in each. The categories, according to the official rulebook are “length of the ride, technique, confidence, size or strength of the wave, and other style aspects”.

Once all the dogs are scored, the two highest scored dogs from each category from every heat, excluding the tandem heats, compete for the Top All-Around Surfing Championship Awards.

People who want to sponsor a contestant and part of that money will go to a charity of the contestant’s choice.

The 2019 dog surfing championship is scheduled for August 3rd at 9:00 a.m. at the Linda Mar Beach in Pacifica, California.