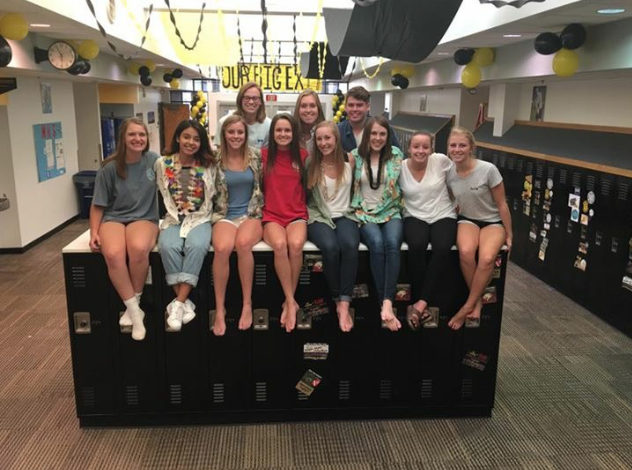 Walking down the 500 hallway, it’s obvious the hall has looked a little different the past couple of weeks.

Last week, a small group of seniors decided to start a new Blue Valley tradition by hanging streamers, signs and balloons in honor of their last homecoming football game and dance.

The decorating was organized by BV senior Marianna Montgomery, head of the group management.

“I had seen other schools do it,” she said. “I thought it was a really cool way to show school spirit.”

“We blew all the balloons up ourselves,” Montgomery said. “We then made the balloon pillars ourselves, so we had to get a bunch of string and stuff for that, too.”

Montgomery said the decorating group was originally much larger, but dwindled as plans actually panned out. She said having a smaller group actually worked out better in the long run.

“Originally, about thirty people told me they were going to help, but there was only, I think, eleven of us that actually put the stuff up,” she said. “That was actually okay because we had to on ladders, and obviously only one person can be on a ladder at once.”

Though the administration approved the project, they did have a list of rules for the decorators.

“They were really chill about letting us do it — there were just a ton of rules,” she said. “We couldn’t use any helium balloons, and nothing could be hanging down, and a bunch of stuff that we tried to push the limits of a little bit.”

The group got a particularly warm reception from the principal.

“Mr. Bacon was really, really excited,” she said. “That’s why we get to keep [the decorations] up now, instead of tearing them down.” 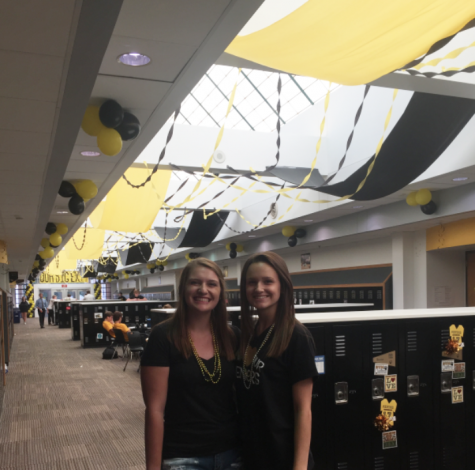