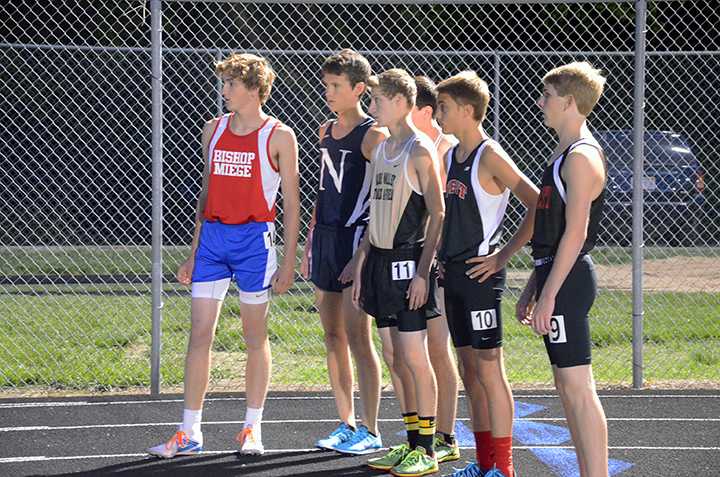 They spend their afternoons together.

Hours on hours, they discuss subjects from crushes to tanlines.

Weekends are consumed with early mornings and Price Chopper breakfasts.

It doesn’t matter what grade or age — everyone is equal.

Despite seeing each other at their worst, the bonds remain strong.

They have become life-long friends in a span of a few months.

Members of the cross country and distance track varsity have built relationships as strong as their leg muscles.

There are seven male and seven female members on cross country varsity and track differing with top three in each event area. These events include 1600-meter, 800-meter, 4-by-800-meter and 3200-meter runs.

Running together mile after mile, this group has become a self-named clique of distance kids with nicknames, pranks and love.

Spending almost all of their time together during both cross country and track, the girls side have built relationships on the shared interest of staying in shape.

“The best part about the distance clique is just being so close to a small group of people who would normally be categorized in ‘other groups,’” senior Gabby Gunnerson said. “We’re all vastly different, but our love of running brings us together.”

Gunnerson has been on varsity since her freshman year and said she thinks of these girls as her closest confidants.

“My best friends are easily on the track and cross country teams,” Gunnerson said. “I do have other friends, of course, but I always go to the distance kids when I have exciting news or if I am having a problem.”

Gunnerson said  since running is normally viewed as a very monotonous sport, the people either make or break enjoyment levels.

“Running forms a close bond because it is somewhat boring,” Gunnerson said. “We run the same routes all the time, so there isn’t anything exciting to see. It is physically exhausting, so having teammates to run with makes it so much better. They push you when it just flat-out sucks.”

Members of the distance clique range from freshmen to seniors. As a younger member of the team, sophomore Marie Young said it was helpful to have older mentors.

“[Cross country] made [high school] a lot more enjoyable because now I have upperclassmen to look up to and get advice from,” Young said.

Gunnerson also said it was nice to know the older students.

“It is beyond cool to be a freshman and have seniors pass by you in the halls and say, ‘Hi.’ Big perks,” Gunnerson said.

While running is the common thread among the girls, it’s not the only thing they do together.

“We go out to eat sometimes,” Young said. “We go to Panera. We go to people’s houses. We just like to hang out.”

During any given track or cross country season, the girls spend around 20 hours a week together. Within those hours many pranks, jokes and nicknames have been concocted, Young said.

Gunnerson also said she enjoyed the new names for her teammates.

“Nicknames are huge in the distance clique,” Gunnerson said. “The T-shirts we get always have everyone’s nickname on the back of them. Last year, Blake Berger decided to give all of us nicknames in the same form. Except me. I got stuck with ‘Garble the Marble.’ It has unfortunately stuck and spread beyond the cross country kids.”

Gunnerson said pranks pulled on each side lightens the sometimes serious atmosphere of meets.

“[Pranks] mostly involves the guys planting fake snakes — or dead ones — and then the girls throwing water balloons, shaving cream or silly string at them,” Gunnerson said.

The jokes adds to the positive team dynamic, which in turn leads to better races, Gunnerson said.

“We get scored on how the team does, so having good chemistry allows you to have that pack mentality to stay with each other,” Young said. “It’s nice knowing we have each other’s backs.”

Gunnerson said it’s no secret the girls are so close.

“Every year, the girls varsity makes T-shirts to wear for good luck for Regionals before State,” Gunnerson said. “They always have some saying on them that was a joke throughout the season. My freshman year it was, ‘I’m XC and I know it . . . I Work Out!’ Sophomore year it was, ‘Year of Hill.’ Junior year it was ‘The Clique.’ We finally accepted [the clique] for what it really is.”

It’s important maintaining their friendships in the off-season as it staying in shape, Gunnerson said.

“During the off-season we don’t get to hang out as much since we have to go back to our post-running lives,” Gunnerson said. “However, we usually try to hang out at least once a month. [We] maybe go for a long run on a Saturday or go get lunch.”

Being together so often, Gunnerson said the girls have assumed roles within their own little family.

Gunnerson said she has assumed the responsible role, with Campbell as the leader and Young as the awkward one of the group

“I love [Marie], but she’s so young,” Gunnerson said. “Sometimes when our conversation get more personal, her eyes just get real big. She looks so scared.”

The other members have titles such as the comedian, the nice one, the baby and the mom, Gunnerson said, but being a family, it doesn’t always mean relationships between the girls and boys varsity don’t happen.

“When people are dating, things are good,” Gunnerson said. “However, when they break up, things get awkward. Everyone I have been to a school dance with has been on the cross country team.”

Gunnerson said she has experience with the awkward break up situation.

“I dated [alumnus] Connor Lotz my sophomore year,” she said. “For a while, there were tensions because we still hung out even after we had broken up.”

Despite uncomfortable boy drama, difficult practices, immense pressure and off days, the distance girls wouldn’t trade anything for their friendship, Gunnerson said.

“I probably wouldn’t have stuck with cross country if it weren’t for the amazing people I had met on the team,” she said. “No one is messing with my clique.”

This was the word junior Joey Wiederholt used to describe the boy’s side of the distance cult.

“We play all sorts of pranks on each other,” he said. “Whenever one of us is in the bathroom, we fling soap into the stall.”

Wiederholt said his favorite memories involved runs with his teammates.

“I was running with Connor [Lotz] and Blake [Berger] one time, and they were having this weird conversation about somebody [Keegan Donahue] was texting,” he said. “I got completely lost in the conversation, but I was running between them and they just kept talking to each other around me. Then, I cut Connor [Lotz] off and screamed at the top of my lungs, ‘I had a gay experience at camp!’ and then we had to stop running because we all fell on the ground laughing.”

Wiederholt said the laid-back, fun atmosphere of the boy’s team is what motivates some of the members to do the sport.

“I don’t think I would do cross country if we didn’t have so much fun because running itself sucks,” he said.

Varsity runner senior Blake Berger said the boys do other things together that don’t involve running.

“I consider them to be some of my closest friends,” he said. “We usually hang out at somebody’s house after meets. A lot of the time we go to breakfast together in the summer.”

Berger said how close the team is is very helpful to the team dynamic.

“If you don’t have a good relationship with a teammate, you’re going to be arguing and bickering all the time,” he said. “It will affect your race and cause both of you to run poorly. Plus, if you have someone’s that is mean, it affects the whole team. It will get handed down from generation to generation, which is not good for the team’s well-being.”

Wiederholt said he assigned the roles of family members to certain members on the boy’s side of the distance clique.

“David [Coventry] is definitely the leader,” he said. Connor [Lotz] is the creepy uncle, Russell [Adams] is the sane uncle who reads a lot and wears sweaters, Keegan [Donahue] is the weird cousin you only see around Thanksgiving, [Berger] is the dog, Joe [Gorthy] is the mom and Jake [Mikuls] is just the computer. That about covers it.”

Berger described the personalities of Wiederholt and Gorthy, two members of the clique.

“Joe is more serious, but he can joke around,” Berger said. “He’s actually really funny. [Coventry] and [Lotz] are the leaders because they’re the seniors, and Jake is a jokester that can make everyone laugh. Joey is just the person who always gets lost. If we have to run, he says he has to go to the bathroom and we never see him again. He’s the one we don’t really know about. If we have a zombie attack, he’s the first to die.”

Some members have superstitions about racing.

“I have lucky compression shorts and lucky socks I wear when I run in races,” Berger said. “I also wear the exact same thing every race day. If I have a good meet, I don’t wash my jersey. Some seasons, I have not washed my jersey at all because I just had too many good races.”

Berger said the members of the boy’s side are always talking to one another.

“Some of the people [in the distance cult] are my really close friends, and I can tell them anything,” he said. “We hang out pretty much every day and spend hours and hours together running. We especially are together a lot during summer and winter break. On runs, we talk about some pretty interesting stuff. We even have a group chat, and I’m pretty sure the girls do, too.”

Wiederholt said at the end of the day, the team has a bond that cannot be broken.

“I feel like it’s a family,” he said. “We’re very tightly knit and we don’t ever give up on each other.” 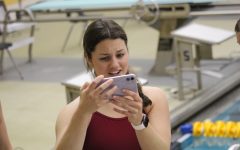 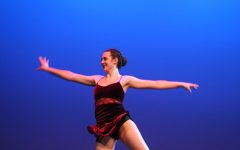 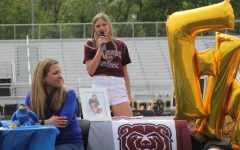 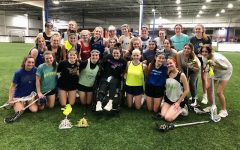 Teaming up all Lacrosse the District 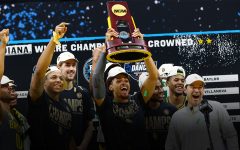